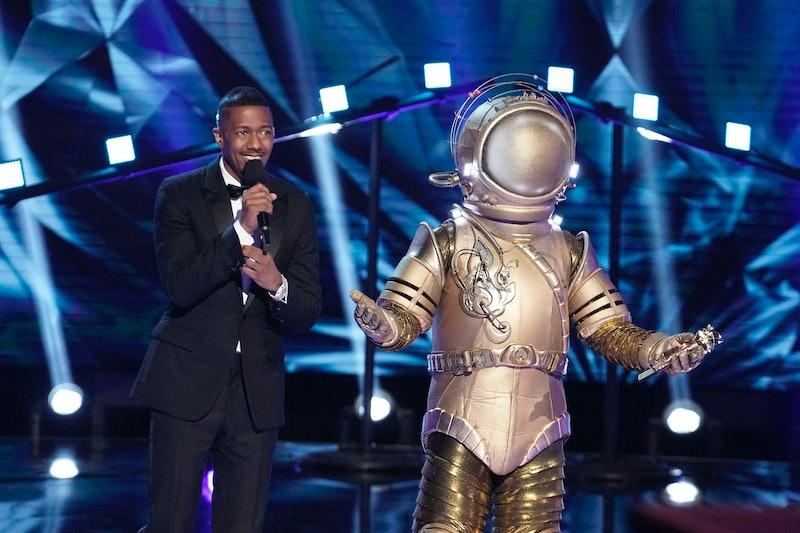 When it comes to the Astronaut on The Masked Singer, the judges' guesses have been all over the map: Pitch Perfect's Adam DeVine, Hunger Games' Josh Hutcherson, Zac Efron, Joseph Gordon Levitt. They've also thrown out various boy band members like JC Chasez. But among fans, the prevailing theory is that it's country singer Hunter Hayes.

When The Masked Singer polled followers on Twitter about who the Astronaut is, the responses were overwhelmingly Hayes — even though his name wasn't listed as an option. The top comment on Hayes' most popular YouTube music video, "Wanted," also reads, "Anyone else here from The Masked Singer? Hunter Hayes is the astronaut," and the most liked comments on any Astronaut post on the official Masked Singer Instagram all name-check Hayes.

So why are viewers so convinced? In the March 11 episode, the Astronaut said in his clue package that he's "always dreamed of flying high because I believed if you want something enough, not even gravity can hold you back." He was then shown floating with a lei, a foot bone, a broom, and a tool box before crash-landing and calling a "code blue." He also said he started his career at a young age.

A lot of this lines up with Hayes, who started appearing on shows like Nickelodeon's Figure It Out when he was only four years old. CinemaBlend suggests that the "if you want something enough" line is a reference to Hayes' song "Wanted"; "Code blue" could be a nod to his soon-to-be released Wild Blue album; and the foot may call back to Hayes' track with Victoria Justice on the 2011 Footloose album. (Some fans assumed the broom meant the Astronaut was Harry Potter's Daniel Radcliffe, but please you guys, he would never.)

On the March 18 episode, the clue package showed Astronaut posing with an Orion constellation flag, a bunch of balloons, a hologram of himself, and a French horn. He also said that we can all reach the stars — sometimes it just takes some help from an organized crime family. Orion is known as the hunter in Greek mythology, and Hayes previously performed on Jimmy Kimmel Live! with several holograms of himself. (Yes, it was corny.) As for the crime reference, Hayes appeared in The Apostle, a 1997 movie written directed by Robert Duvall, who of course is best known for starring in The Godfather.

Finally, on the March 25 episode, we learned that the Astronaut took a nose dip in front of a lot of people once. The clue package also included a coffee cup and a pair of dice with two fives facing up. His Lego clue was "Mall" with Nicole Scherzinger. Hayes did in fact perform at the National Mall in D.C. with Scherzinger in 2015. The rolled 10 dice likely references how Hayes broke a record for performing in 10 cities within 24 hours. And Hayes loves coffee so much, he was featured in a video with Keurig. If only the Masked Singer judges were savvy enough to piece this all together.