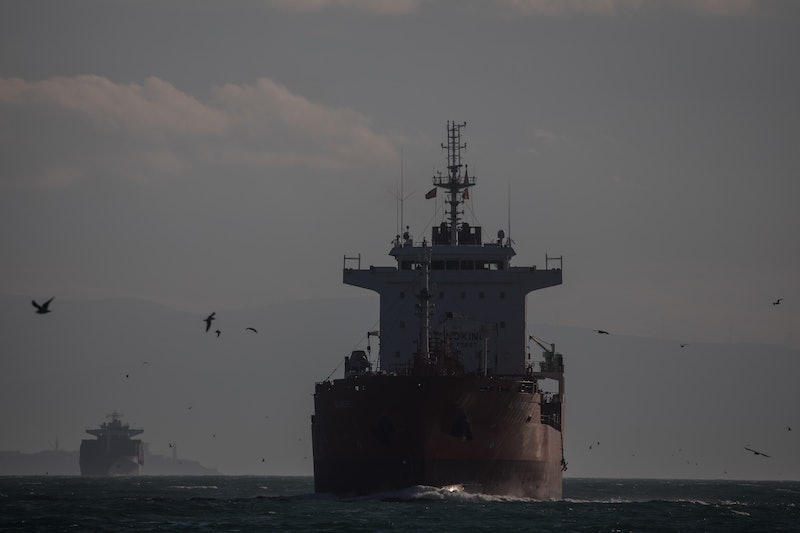 We've all heard the spooky stories about the Bermuda Triangle. Often referred to as the Devil's Triangle, it's an area of the Atlantic Ocean where ships, planes, and entire crews of people seem to go missing a lot, usually without much of an explanation. It's a source of much discussion, and an area many try to avoid because of the stories about it. But now scientists have come up with a new theory about the Bermuda Triangle that might explain why so many boats disappear in the area.

According to History.com, the Bermuda Triangle is "a mythical section of the Atlantic Ocean roughly bounded by Miami, Bermuda, and Puerto Rico." Many of the accidents that have occurred there are surrounded by unexplained circumstances, like the fact that some of the disappearances seem to have happened during otherwise good weather, and how many of the boats and planes that have vanished have never been found. IB Times says that at least 1,000 lives have been lost in the area within the last 100 years, and, on average, four aircraft and over a dozen yachts go missing there every year.

After much research, however, scientists think they have a better understanding of what's going on out there. According to recent research done by experts at the University of Southampton, the mystery can be explained by a natural phenomenon known as "rogue waves." These are gigantic waves that can go up to 100 feet and last only a few minutes. Rogue waves could be overtaking boats quickly and easily, which could explain otherwise mysterious disappearances. They were first observed by satellites in 1997 off the coast of South Africa.

To explore this idea, the research team built a model of the USS Cyclops, and, according to the Sun, scientists used indoor simulators to re-create the rogue waves. The USS Cyclops was a 541-foot-long Navy cargo ship that famously went missing in the Bermuda Triangle back in 1918. The ship's captain never sent out an SOS call, and an extensive search never found any wreckage, despite the fact that 300 lives were lost.

Rogue waves are pretty terrifying to imagine, and could be caused by huge storms coming together at once. Dr. Simon Boxall, an ocean and earth scientist, said that three massive storms coming together from different directions could be the reason a rogue wave happens. He said, "There are storms to the south and north, which came together. And if there are additional ones from Florida, it can be a potentially deadly formation of rogue waves... They are steep, they are high — we've measured waves in excess of 30 metres (98 feet)." He added, "The bigger the boat gets, the more damage is done. If you can imagine a rogue wave with peaks at either end, there’s nothing below the boat, so it snaps in two. If it happens, it can sink in two to three minutes."

It's definitely an interesting, as well as horrifying, theory. This isn't the first time scientists have figured out what may cause disappearances either — back in 2016, researchers said they believed the problem could be hexagonal cloud formations called "air bombs" that are made up of sudden air currents that can reach up to 170 miles per hour, creating massive waves.

The research on rogue waves will be explained in greater detail on the Channel 5 documentary "The Bermuda Triangle Enigma," which will be worth watching if you want to know even more about this.

After all, conspiracy theories surrounding the Bermuda Triangle have been around for many, many years, beginning with Christopher Columbus in 1493 - he recorded having compass malfunctions and seeing strangle lights. In 1945, five U.S. Navy torpedo bombers, Flight 19, disappeared and wreckage was never found.

However, History.com points out that these theories don't really mean anything, saying, "none of them prove that mysterious disappearances occur more frequently there than in other well-traveled sections of the ocean. In fact, people navigate the area every day without incident."

Still, I can confidently say this is a documentary I definitely want to check out.