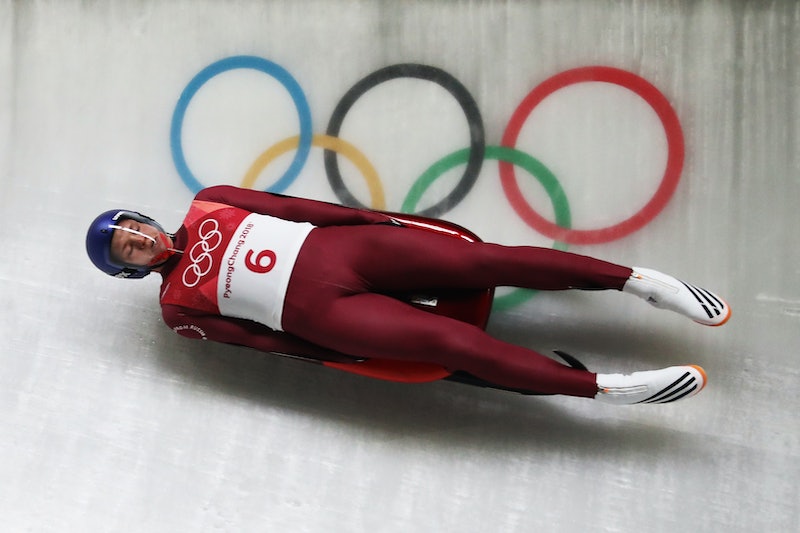 Russia's medal count at the 2014 Sochi Games was the highest of any participating country — until it wasn't. When evidence of the Russian doping program emerged, many of those wins were overturned and the United States overcame Russia. As the 2018 PyeongChang gets started, some of the medals have been reinstated, putting Russia back on top. This year Russia won't technically get any medals, but these updates on the OAR athletes show that Russian athletes are still a force to be reckoned with.

"OAR" of course stands for Olympic Athlete from Russia, and it was put in place as a compromise between a total ban and letting Russia compete under its own flag. Russia was accused of having a state-sponsored doping program that allegedly gave many of the country's athletes an advantage in the 2014 and 2016 games. The athletes not accused of doping, who passed a series of qualifications, were invited to participate. There are 169 in total.

The winners have been participating in events like cross-country skiing. In both the men's and women's sprint classic, the OAR athletes won the bronze. In curling in the mixed doubles, the OAR pair won bronze. And in the team event for figure skating, the OAR team took home the silver medal.

In figure skating, the OAR team was bested by Canada, an Olympic team that has had something to say about Russia's doping scandal — at least in other sports. Following the women's hockey match in which Canada won easily, 5 to 0, the coach had some attitude when asked about Russia.

"You mean the Olympic Athletes from Russia," Canada coach Laura Schuler told Reuters. "Anytime you get an opportunity to wear the jersey no matter who you are playing it is always about your best performance. Our focus is on us and preparing we put our trust in the IOC and WADA and making sure that it is an equal playing ground for everybody. It was great they were able to field a team." Six of the would-be Russian team's players were disqualified by the International Olympic Committee.

The now best-known OAR medal winner is speed skater Semen Elistratov. He won the bronze on Sunday and spoke out about his view on the ban:

I have difficulties to hold back my tears. I had said before that any individual medal will be a golden or platinum one for me. I am incredibly happy that I did it, in spite of all the circumstances around Russian sport. I dedicate this medal to all guys that have been excluded from these games in such a hard and unfair way. This medal is for you.

The OAR athletes may not be topping the medals count yet, but the games are just getting started.