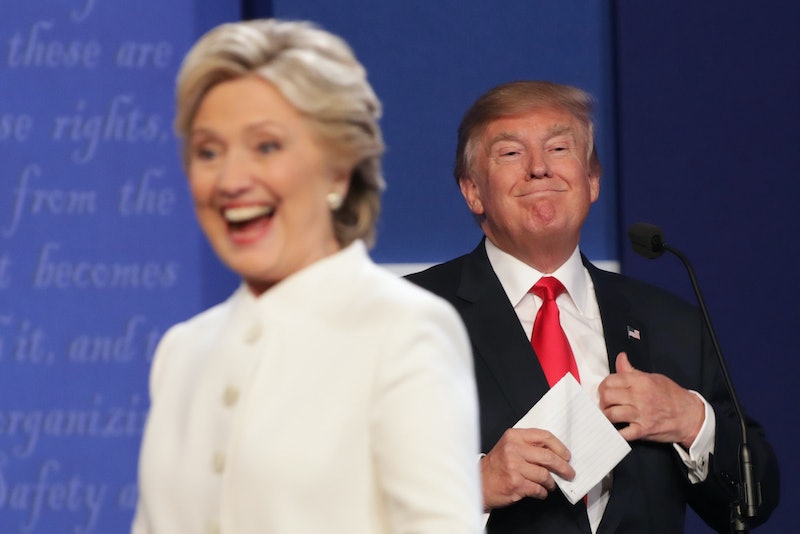 Would Hillary Clinton have been as criticized if she were a man? Would Donald Trump's aggressive style have won over voters if he were a woman? It's a question that was raised more than once during last year's election season: What if Clinton and Trump swapped genders? Would the characteristics and behaviors disliked by some voters in one candidate be more or less appealing if that candidate were of the opposite gender. Two professors set out to answer that question with a gender-swap exercise that yielded unexpected results.

To explore how voters would have responded to Clinton and Trump had the two candidates' genders been swapped, professors Maria Guadalupe (INSEAD associate professor of economics and political science) and Joe Salvatore (New York University clinical associate professor of educational theater) created Her Opponent. Part play, part political experiment, Her Opponent reenacts excerpts from the three presidential debates exactly as they happened with a male actor playing Clinton and a female actress portraying Trump. But while initial assumptions were that Clinton's knowledge and experience would seem more appealing when it came from a male candidate while Trump's aggressive tendency to attack would be a characteristic voters despised in a female candidate, the actual results seem to suggest otherwise.

Surveys of the audience's reaction taken at the two sold-out performances of Her Opponent Guadalupe and Salvatore held in New York City at the end of January showed people actually responded more positively to the female version of Trump. "They liked that [the female version of Trump] was more passionate," Guadalupe told Fox News. "Genuine. Emotional. People were connecting with her emotionally. They didn't listen so much to the content. She was just really committed and passionate about what she was saying."

According to Salvatore, being a woman appeared to better enable the Trump candidate to communicate their message. "The simplicity of Trump's message became easier for people to hear when it was coming from a woman," Salvatore said in an interview with NYU News. He claimed one audience member described the female Trump "as his Jewish aunt who would take care of him, even though he might not like his aunt." Another, Salvatore added, likened her to "the middle school principal who you don't like, but you know is doing good things for you."

Guadalupe and Salvatore haven't analyzed why the candidates' gender swap affected audience members the way it did, but they hope to film the performance exercise in order to test the responses of a broader audience. While the experiment may not have answered every question about Trump's surprise election win, it has begun a dialogue on the topic.

"A lot of people were just very surprised by the way it upended their expectations about what they thought they would feel or experience," Salvatore told NYU News. "We heard a lot of 'now I understand how this happened' — meaning how Trump won the election."