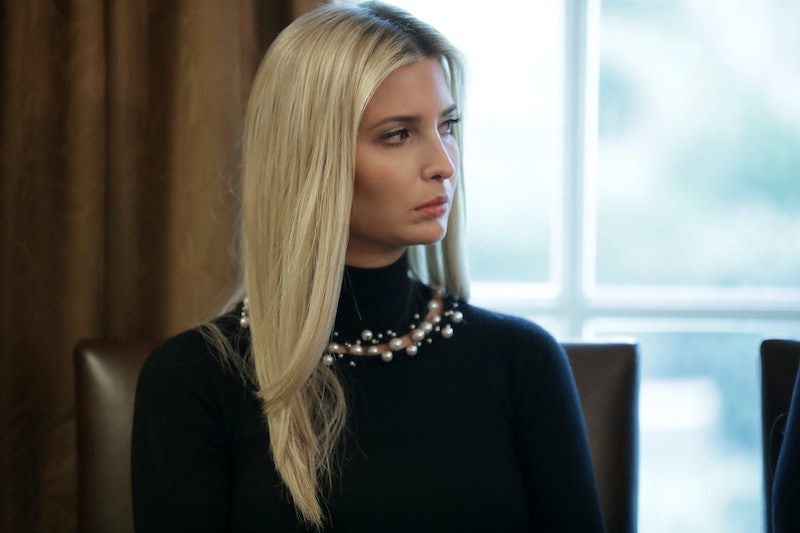 On Monday, the Trump administration was ordered to reinstate an Obama-era rule designed to help promote pay transparency in the workforce. The ruling on Obama's equal pay regulation came from a district court in Washington D.C., which found that Trump's administration didn't follow proper procedures under federal law when rolling back the rule, Reuters reported.

The equal pay rule had been established under the Obama administration and was slated to take effect in March 2018, NBC reported. However, in August 2017, the outlet noted that the Trump administration announced it would not be enforcing the rule, saying it was burdensome for employers and didn't address privacy concerns. The rule mandates that companies with 100 employees or more report employee pay information alongside gender and race as means of shedding light on wage gap issues — and pushing companies to address them, the Washington Post described.

Reuters reported that, on Monday, U.S. District Judge Tanya Chutkan found that the Trump administration didn't sufficiently explain its reasoning for rescinding the rule — and ordered that it must be reinstated. As the outlet described, the White House Office of Management & Budget (OMB) is legally allowed to rescind formerly-approved rules “for good cause.” However, Reuters indicated that the National Women’s Law Center (NWLC), one of the parties suing the OMB, argued that the agency didn't have good cause for its decision — and Judge Chutkan agreed.

In reflecting on Monday's court decision, Maya Raghu, the senior counsel and director of workplace equality at the National Women’s Law Center, emphasized its significance to the Washington Post. "This is a really important victory for equal pay and for holding the administration accountable under the law," Raghu told the paper.

Democracy Forward, one of the other organizations that sued the OMB, also commented on the matter in an interview with Newsweek. As the organization's executive director, Anne Harkavy, told the outlet:

This is a major victory for equal pay advocates and the rule of law. The court’s judgment was clear: the Trump administration broke the law when it rolled back these critical equal pay protections.

Bustle reached out the to the White House for comment on the matter, but has not yet received a reply.

Democracy Forward's spokesperson, Charisma Troiano, also criticized Ivanka Trump for supporting the rollback of the equal pay rule back in August 2017, Newsweek reported. Ivanka, who is part of the administration and has been tasked with pursuing initiatives that support working women, said in August 2017 that she was in favor of rescinding the rule. "Ultimately, while I believe the intention was good and agree that pay transparency is important, the proposed policy would not yield the intended results," she said in a statement via the Washington Post. Again, the White House has not commented on Monday's court ruling regarding the issue.

As Reuters described, the administration can appeal the district court's decision. It is not yet clear whether they will choose to move forward with an appeal.