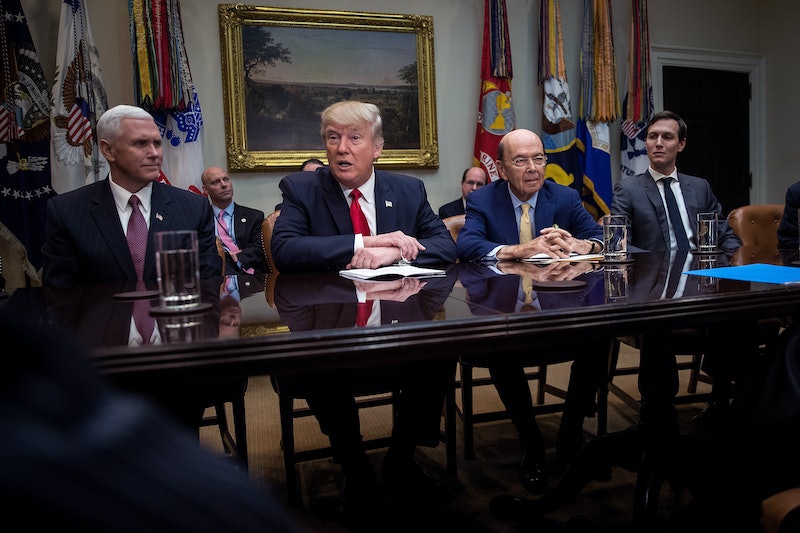 With Donald Trump in the White House and the last three weeks of political ridiculousness as an indication of the next four years, Saturday Night Live is going to need to fill its own Cabinet positions soon. Thankfully, Hollywood's commitment to the Trump resistance means the show could snag some high-profile and seriously talented actors for all these roles. The SNL Trump Cabinet dream cast is more qualified for this job than Trump's actual nominees are for theirs.

Some of the major roles have already been masterfully filled, most notably Alex Baldwin as Trump, Melissa McCarthy as Sean Spicer, and Kate McKinnon as Kellyanne Conway. However, the show has mined just a fraction of the humor possible from the least experienced presidential Cabinet in history. That's understandable, of course, since the Cabinet is still filing out, but it's fun to think how much better the show can get over the next four years. Though it might be quite some time before the show finds a real use for some of the less visible Cabinet members such as Homeland Security Secretary John Kelly, it's still good to pick out the right actors now and have them on hand. Even if some of these choices don't make it onto the show, this SNL dream Cabinet cast is an exciting glimpse into the future possibilities for the show.