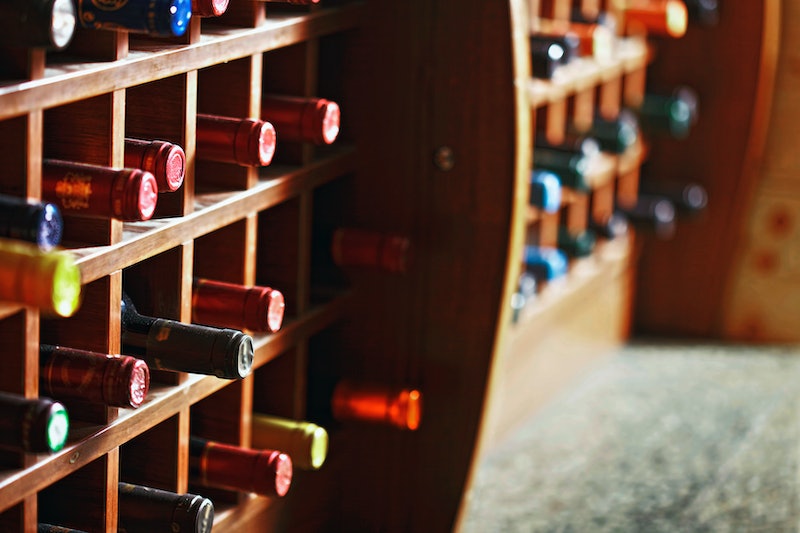 It’s official: My favorite thing on the internet today is this video of a wine cellar hidden in a kitchen island. After being uploaded to viral video factory ViralHog’s YouTube channel on March 13 (although for the record, it appeared on a channel by the name of John Watch on March 8), it has spread far and wide — and, I mean, it’s not really hard to see why. Writing for Kitchn, Elizabeth Licata describes it as Narnia for adults, and she’s not wrong. As she puts it, “It looks like a regular kitchen island in a relatively posh kitchen, but really it’s a magical portal to a wonderful world of wine. This is so much better than a mystic frozen fairy land. Sorry, Mr. Tumnus.” Sorry, indeed.

According to ViralHog’s description, the video was shot on Nov. 4, 2014 in Los Angeles. “I shot this video years ago when I was working for another general contractor,” the videographer explains in the blurb. “We were opening up walls to expose framing for an architect to draw up plans for the house as built.” When they were making their way through the kitchen, however, they released there was an odd latch on the island — and when they opened it, a door swung open. “The counter was on rollers and then we discovered the secret wine cellar,” writes the videographer. “I made the video to remember how amazing it was.”

Here’s what the island looks like in the wild:

Then, after you flip the latch, the counter rolls back:

And the front end — which is actually a little door — opens up, revealing a set of stairs:

If you head down the stairs, they’ll bring you to a tiny little wine cellar:

I WANT ONE OF THESE FOR MY HOUSE.

I should probably note that I don’t even own a house yet. When I do, though? Put this boozy little secret on my wish list of alterations to make.

But although this little culinary surprise has been delighting the internet for the past few days, it’s far from the only hidden wine cellar people have built into their homes to have gone viral. (Apparently this is a thing people do when they own property and have a lot of disposable income.) This window in the floor, for example…

…leads to a stunning spiral staircase with wine storage.

…swings out to reveal a beautiful little room for your fabulous wine collection.

The hardwood floor in this rustic-chic dining room…

…opens up to grant you access to your favorite tipple.

…looks like it’s hidden in a library, which is quite literally my greatest fantasy brought to life.

And if you lift up the flagstones on this patio…

Building one of these little beauties will certainly cost you, though. According to Heritage Vine, key considerations to think about when deciding if you want to create your own wine cellar include climate control options, the materials you use, and any extra features you want to add; additionally, remarks Cost Owl, whether you’re building purely for function or to make a statement matters, too. (I’d imagine that a wine cellar that opens with a hidden door counts as a “statement” wine cellar, which would in turn drive up the cost.)

Estimates on the total cost vary, but according to design craftsman company Vigilant, you’re probably going to be looking at something between $16,000 and $75,000. Home Advisor notes that the national average cost for an in-home wine cellar in 2018 is $40,000, although they’ve also been done as cheaply as $500 and for as much as $100,000. So, basically, you can expect to pay the equivalent of one entire year’s worth of an entry level or mid-range salary — pre-tax — for your snazzy little wine retreat.

Alas, that’s likely out of reach for most of us (it certainly is for me)… but we can dream, right? In the meantime, I’ll just have to make due with what I’ve got: A small, dark cabinet in my very tiny kitchen. It gets the job done.