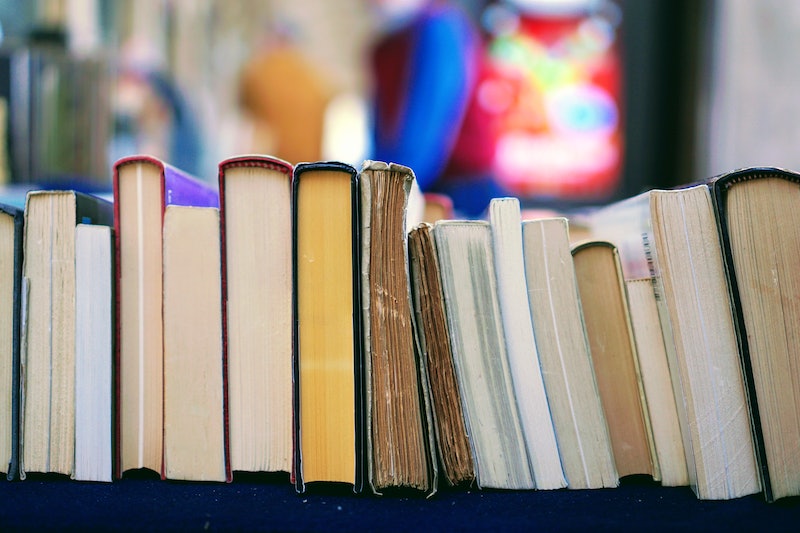 If you've ever been told that you have too many books, you can rest easy knowing that someone might one day give you money just for being a book lover. Seriously, this woman just won a prize for book collecting, and now I have new goals in life.

Children's and Teen Collection Development Librarian Jessica Anne Kahan won the first-ever Honey & Wax Book Collecting Prize for women — given by Honey & Wax Booksellers in New York City — for her collection of 300 rare books from the 1920s and '30s, "Romance Novels of the Jazz Age and Depression Eras," which aims "to capture women’s experiences through the lens of romance novels in the decades between women’s suffrage and World War II." An earlier version of Kahan's collection took second place in the 2012 National Collegiate Book Collecting Contest.

To read more about Kahan's developing collection, check out her blog, thegoodbadbook, where she publishes reviews of the vintage romance novels she finds. If you enjoy books that feature characters with names like Kenton Field, Roddy Nelson, and Houston Harrison — the three love interests in Vida Hurst's Blind Date, which the prize-winning book collector recently reviewed — you're going to love scrolling through Kahan's blog and Twitter feed.

Kahan wasn't the only woman to walk away with a book-collecting prize, however. Five other collectors, each of whom won $200, took home honorable mentions in the Honey & Wax Book Collecting Contest. They are:

Want to know how you can win a prize for book collecting? If, like mine, your collection consists of anything and everything you think is interesting, you might have difficulty getting your shelves recognized, because this type of contest is on the hunt for collections with a particular literary, historical, or other focus. That being said, there's no time like the present to start developing a corner of your home library into something more.

Honey & Wax encourages individuals who will "be aged 30 or younger by January 1, 2019" to enter the running for the 2018 prize by June 1. Each contestant must submit a 1,500-word essay about their collection, a selected bibliography of the texts and ephemera it contains, and a short wishlist of items they would like to add to it.