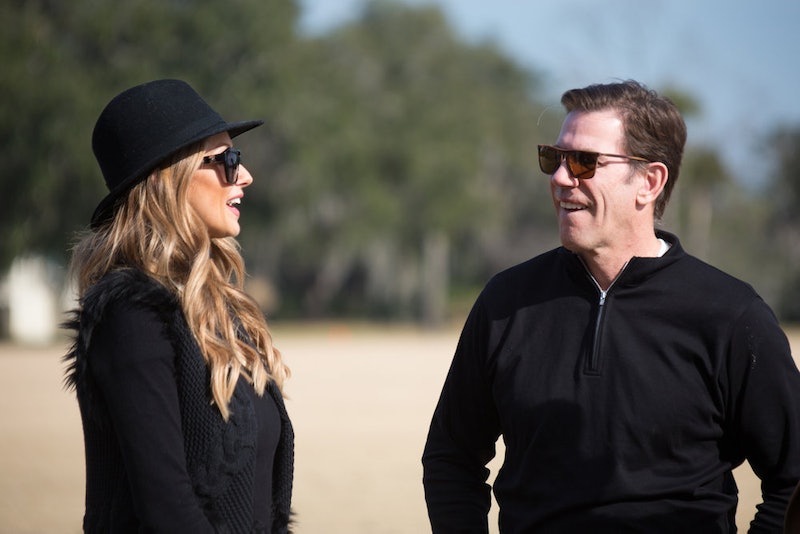 An explosive season of Southern Charm behind us, viewers (including myself!) were so looking forward to the Season 5 reunion. So much happened this season, from Kathryn and Ashley feuding to Craig sewing pillows to Naomie moving on with her life from her relationship. And as the cast sat on those striped couches, there was one notable person missing. Thomas Ravenel wasn’t at the Southern Charm Season 5 reunion, but that certainly didn’t stop his cast mates from talking about him.

As he always does, Andy Cohen greeted the crew before him, but what was different about this reunion was that he read a statement provided to him by Thomas Ravenel’s attorneys. It read:

Along with Bravo, our client made the mutual decision not to attend today’s reunion taping as there is a pending investigation. Our client is fully cooperating with authorities on this investigation. He expects to be completely vindicated once the investigation is concluded. He sends his best regards to his fans and his fellow castmates.

The investigation in question is that of alleged sexual assault. According to People, Debbie Holloway Perkins claims that Thomas sexually assaulted her on a date in 2015. Following these accusations, more women followed with their own, including, according to Us Weekly, his former nanny.

Of the assaults, Thomas’ attorney said in a statement, “My client enjoys a certain degree of fame and unfortunately has become — unfairly — a target for an individual who has, in my opinion, dubious motivations.” Haymaker, the company that makes Southern Charm, has also opened its own investigation, according to Us Weekly, and they opted not to have Thomas included in this reunion while all of these accusations were still pending.

Thomas’s corporeal presence wasn’t at the reunion, but that doesn’t mean it didn’t feel like he was there in spirit. So much of this season was about the women of the show banding together to call out the bad behavior of the men in their lives, and Cam explicitly said that Thomas shouldn’t have been invited to the reunion in the first place. “I think it’s the right decision,” she told Andy. Kathryn, who has been so unfairly maligned over the past, uh, four seasons, talked about how the “good old boy” network of Southern men (especially Thomas) is responsible for making her seem unstable and out of sorts all those years. Especially now that Kathryn has found sobriety and is making good for her kids, both viewers and the cast have seen that the person Kathryn was portrayed to be is not really who she is.

Kathryn said all the support she’s been getting has been “really wonderful” and she’s happy to have found her voice. “Thomas definitely put some things out there that I wish people would just know how the good old boy system works, which is painting the woman as crazy, therefore, if any actions come out, if [the woman] would [tell] them, they’d be discredited,” Kathryn said.

The rising up of the female members of the Southern Charm cast is perfectly timed with the recent #MeToo movement, and it’s been a pleasure to watch some of the men squirm for their bad behavior. When Naomie called out JD for his reportedly bad behavior toward his wife, Elizabeth, many fans cheered her. During the reunion, Cam noted that while their own #MeToo moment on television wasn’t planned with that of the world’s, it can’t be discredited that this recent rash of female empowerment is what got Thomas kicked from the reunion in the first place. “I think it’s definitely influenced with Thomas recently what happened with him… in the news. That’s why these women are coming forward,” Cam said.

There has been a massive shift here, and Thomas’ rightful absence is a great showing of it. We’re not putting up with this anymore, the women of Southern Charm seem to say, and although there are fights and disagreements, they are unequivocally backing each other up. In a tearful moment, a sobbing Cam apologized for the many years of insults and abuses she launched at Kathryn, saying that she had no idea the struggles she went through with Thomas, their custody battle, and their children. “I view you as a victim. When Thomas met Kathryn, she was pretty much still a child. I think he took advantage of her,” she said. “I think he manipulated her and manipulated a lot of us to be against her.”

The good old boy system that Kathryn spoke of discredits women so that man can do whatever they want without repercussions. And, at least on Southern Charm, that’s over now — the men of the show have to answer for their actions, and Thomas’ absence is a step in the right direction.