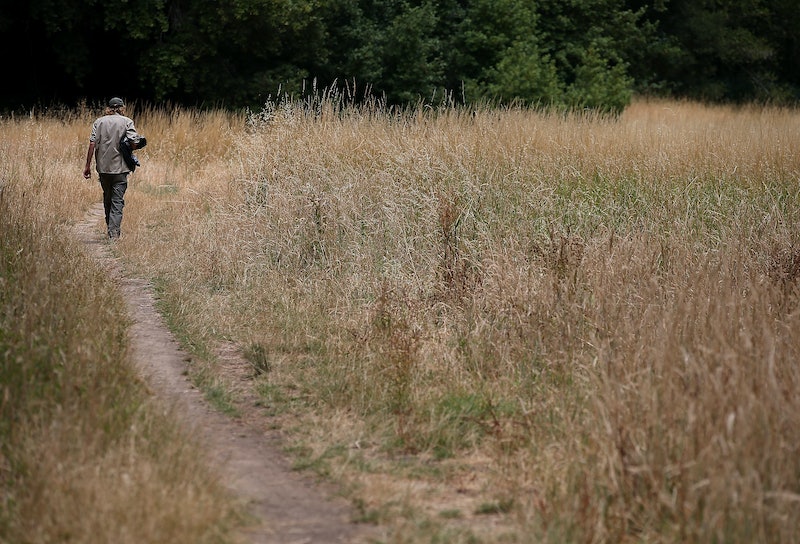 According to the Centers for Disease Control and Prevention, tickborne illnesses are at a record high, according to numbers from 2017. The CDC revealed that while reported cases of diseases related to ticks increased from 48,610 in 2016 to 59,349 in 2017, these numbers don't tell the whole story. "These 2017 data capture only a fraction of the number of people with tickborne illnesses. Under-reporting of all tickborne diseases is common, so the number of people actually infected is much higher," the CDC said in a press release about the new data from the National Notifiable Diseases Surveillance System.

"Between 2004 and 2016, the number of reported cases of tickborne disease doubled, and researchers discovered seven new tickborne pathogens that infect people." What's more, because many tickborne illnesses have similar symptoms, it can be difficult to discern which disease a person may have contracted.

The CDC noted on its website that because different species of ticks spread different diseases, the geographic region where a person is bitten by a tick can help narrow the focus. To this end, the CDC has a map that explains where each of the seven types of ticks are prevalent in the U.S. If you do experience symptoms such as a fever with chills, rash, and aches and pains that have no other reasonable cause, see your doctor to determine whether or not you may have been bitten by a tick.

"Tickborne diseases can result in mild symptoms treatable at home to severe infections requiring hospitalization. Although easily treated with antibiotics, these diseases can be difficult for physicians to diagnose," the CDC explained. "However, early recognition and treatment of the infection decreases the risk of serious complications." It's also important to know that not every person's body reacts the same to being bitten by a tick, which means you may not experience all of the symptoms outlined by the CDC. "The severity and time of onset of these symptoms can depend on the disease and the patient's personal tolerance level."

When it comes to ticks, the best way to make sure you don't contract a tickborne disease is to minimize your risk of exposure. Familiarize yourself with the ticks that are most common to the area in which you live as well as in places you plan to travel. Overall, you can expect to find ticks in tall grass, brush, in wooded areas, and on animals that frequent these areas, the CDC noted. If you do venture into the woods, make sure all parts of your body are covered, your clothes are treated with tick repellent, and you stay on marked trails.

Even if you take every precaution, you should still check your clothing, body, hair, and your pets for ticks after spending time in an area where ticks are common. "Conduct a full body check upon return from potentially tick-infested areas, including your own backyard. Use a hand-held or full-length mirror to view all parts of your body," the CDC recommended. If you do find a tick, it's important to know how to remove it.

"There is a lot of folklore about how to take a tick out of your skin. Some people even talk about having a lighted cigarette close by, things like that," Dr. José Ribeiro, chief of the Vector Biology Section of the Laboratory of Malaria and Vector Research in NIAID's Division of Intramural Research, told NIH MedlinePlus magazine for the National Institutes of Health.

"The most important thing is just to use appropriate forceps such as tweezers. Grab the whole tick and pull it out." You can also visit the NIH's website for a guide on understanding and preventing tick bites. Because, when it comes to ticks, the more you know, the better your chances of staying tic- free.