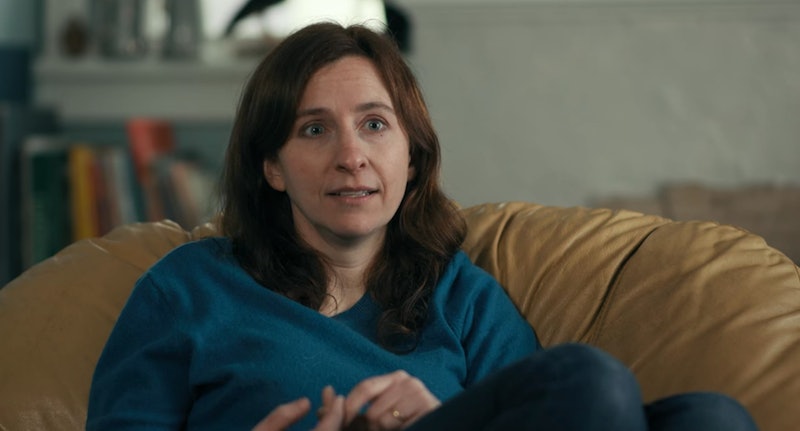 There were many questions left unanswered by Netflix's hit Tiger King, and now one participant in the docuseries is helping fill in the gaps. In an essay published for ELLE on April 8, Tiger King's Barbara Fisher revealed why she left Doc Antle after being his apprentice from 1999 to 2007. She also shared what she thinks of the docuseries now that it's all said and done.

In Episode 2 of Netflix's docuseries, Fisher opened up about working for Antle. Not only did she claim that women were encouraged to have sex with Antlein order to earn a higher position but also that he controlled every aspect of their lives. Fisher said she was even pushed to get breast implants. "I don't remember agreeing to. It was more like the appointments were made and they had decided, and I was too scared to say I didn't want to do it," she stated in the episode. However, she also said the procedure gave her a chance to rest for a few days, which was welcomed since Fisher said Antle made his employees work endless hours. Antle has since denied the allegations against him in a vague statement, calling Tiger King "sensationalized entertainment" full of "mistruths."

In her essay, Fisher echoes some of her claims, saying she first joined Bhagavan "Doc" Antle's Myrtle Beach Safari compound at just 19. But she also sheds some light on what really happened when she left the compound, writing that she realized after eight years she was ready to move on after falling in love and getting pregnant. "I'd just returned from my grandfather's funeral in Iowa, where I reconnected with my high school crush. We fell in love very quickly," she wrote. "It took his outside perspective for me to realize that I didn't want to be on the compound anymore, and also that Bhagavan, my boss, might not have had my best interests at heart."

Even though Fisher had a strong bond with the tigers, after reconnecting with her former high school love and now husband, Asa, she realized Antle's compound wasn't for her. And it was their relationship that eventually propelled her to leave. "During one of his visits in 2007, I wound up getting pregnant," she wrote. "That made it much easier to leave."

Fisher said Antle was fine with her leaving but asked her to work through the summer for $10,000, which she did. Asa even lived with her during the remainder of her time. "When I did leave, I was on excellent terms with Bhagavan," Fisher wrote. She later revealed Antle was one of the first people she called after giving birth to her son. It was only later, in 2015 after Rolling Stone published a profile on Antle, that she began to think more critically of her time spent with him.

Now, however, the two don't seem to be on speaking terms. In an interview with Oxygen.com, responding to her allegations detailed in Tiger King, Antle called Fisher a "crazy child." And during a recent chat with Distractify, Fisher responded to Antle's remark, saying, "Calling people who criticize or (even disagree with him) 'crazy' is a boilerplate response from Bhagavan. When any of my friends asked what I thought his response might be before the release of the documentary, I said 'he will call me crazy and try to minimize my involvement.'" She's also been outspoken against Antle on Twitter.

Despite everything Fisher said she endured, she seems to have found happiness as a wife, a mother, and a preschool teacher. She's also happy that she can finally tell her story and hopefully help animals in the process. Fisher wrote for ELLE, "I hope the takeaway from Tiger King is that this is an unregulated world where people can get away with anything they want to. Now maybe we can do something about the treatment of the animals."

More like this
Bachelor Nation's Blake Horstmann Is Dating 'Love Is Blind' Star Giannina Gibelli
By Jake Viswanath and Radhika Menon
Move Over, 'Sunset'! The Drama-Filled Trailer For 'Selling The OC' Is Here
By Nola Ojomu
What That Ominous 'Selling Sunset' Season 5 Finale Could Mean For Season 6
By Orla Pentelow and Brad Witter
Here’s Everything Coming To & Leaving Netflix In July
By Grace Wehniainen
Get Even More From Bustle — Sign Up For The Newsletter