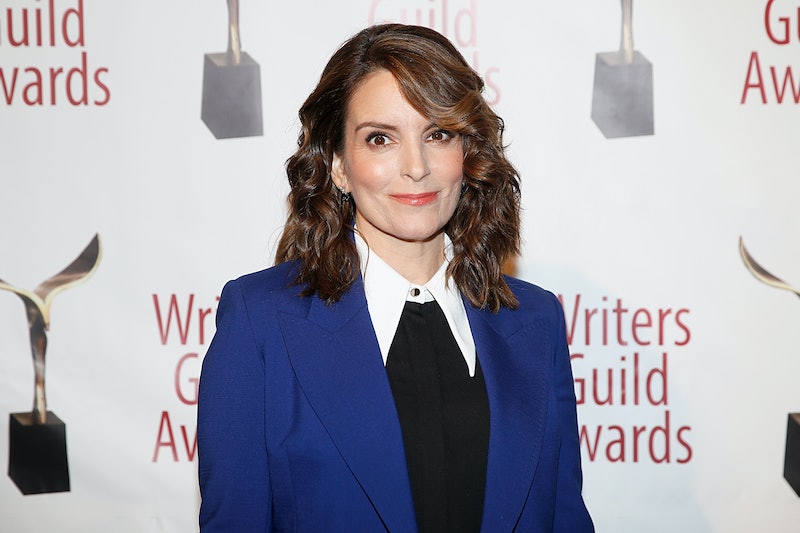 What happens after aliens attack the earth? Tina Fey’s new animated comedy Mulligan is slated to explore just that. Per various reports published on Monday, Netflix has ordered 20 episodes of the animated series that will reunite Fey with her 30 Rock and Unbreakable Kimmy Schmidt team Robert Carlock and Sam Means. Created and executive produced by Carlock and Means, Mulligan will look into what remains of humanity after an alien attack destroys the earth and society has to rebuild anew.

“But can we get it right this time?” Mulligan's tagline continues, per Deadline. “And does anyone know how to, like, farm?" Fey, David Miner, Eric Gurian, Scott Greenberg, and Joel Kuwahara will also executive produce. Not to mention, the series will be produced in association with Bento Box Entertainment, the studio that creates animation for Fox's hit comedy Bob’s Burgers.

Fey and Carlock are no strangers to Netflix either: the two last created the Emmy-nominated comedy series Unbreakable Kimmy Schmidt, which ran on Netflix for four seasons between 2015 and 2019. (Means served as a writer on the series, too.) An interactive special of the Ellie Kemper-led comedy series, set to debut sometime this year, is also currently in the works at Netflix.

And don't worry, Mulligan won’t be Fey and Carlock’s last TV venture together — the two are developing a series for NBC’s upcoming streaming service Peacock called Girls5eva, which will follow a one-hit-wonder girl group from the ‘90s that reunites in adulthood to give their dreams of stardom another shot. In addition, they're working on an untitled NBC comedy that will star Ted Danson as a wealthy businessman who becomes mayor of Los Angeles.

Aside from her various TV projects, Fey will return as the Golden Globes host with Amy Poehler at the 2021 ceremony. The dynamic duo, both of whom have long standing roots with NBC, hosted the Golden Globes for three consecutive years between 2013 and 2015. "There's no denying that Tina and Amy's comedic chemistry is infectious," Lorenzo Soria, president of the Hollywood Foreign Press Association, said in a statement obtained by Bustle in January. "We can't wait to see the dynamic duo return to the Golden Globes stage."