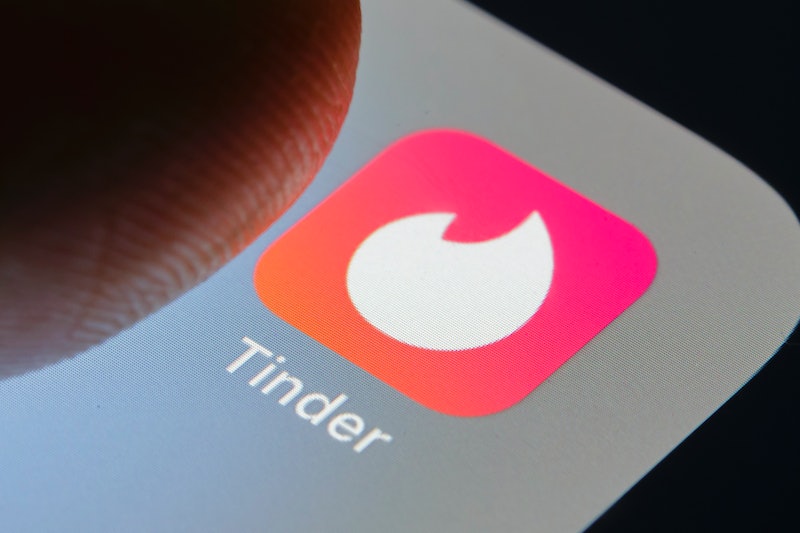 In the world of swiping left and right, there is the process of filtering out some profiles in favor of others. And while sometimes this has to do preference and compatibility, other times, this process can reveal users' biases. On the popular dating app Tinder, many trans people have deleted their accounts after having their profiles automatically banned because they received too many complaints rooted in transphobia, the BBC reports. But now, Tinder is taking steps to protect trans users, particularly trans women, who may be targeted for complaints and harassment by cisgender app users.

In a blog post, Tinder CEO Elie Seidman acknowledged the trans women on Tinder who have been speaking out on social media about the apparent automatic bans of trans people’s profiles on the platform. These bans occur because when complaints accrue on anyone’s account, the platform automatically bans the profile. But the company acknowledged that this policy has inadvertently impacted trans folks negatively.

“Trans people continue to be reported at higher rates by cisgender members simply for being who they are,” Seidman wrote. Seidman said that this trend is an "unforseen consequence" of Tinder's decision not to allow users to filter out trans people from their potential matches — as a result, cisgender users began reporting trans users who came up as possible matches. “Although our intention was to be more inclusive," Seidman said, "we understand many members of the trans community have felt the opposite.”

Tinder began to more gender identification options than "male" or "female" to its users in 2016, when it developed the More Genders feature. This feature was designed to promote both inclusivity and safety on the platform for trans users who had expressed the need to be their authentic selves when looking for dates. With More Genders, users can select whether to put their gender on their profile, which includes options to select “trans,” “trans woman,” and “trans man,” in addition to cisgender options. But these expanded options, Seidman wrote, had the result of cisgender users reporting trans users' profiles simply because they’re trans.

To address these abuses of the Tinder complaint feature, the company is going to start “redirecting these types of reports to our escalations team.” This senior team will work to ensure that accrued complaints will no longer necessarily result in a banned profile; rather, users will be notified which community guideline they have allegedly violated so that they can make any adjustments if their profile did, indeed, violate any community guidelines. If no guidelines have been violated, however, the platform will work to ensure that trans users will not be banned as a result of accruing a high number of transphobic reports or complaints.

Moving forward, Tinder is currently looking into ways to communicate what is appropriate to report and what is not to all users, including education regarding inclusivity on the platform. Because trans people deserve to feel safe and affirmed in the dating world, both on and off their phones.