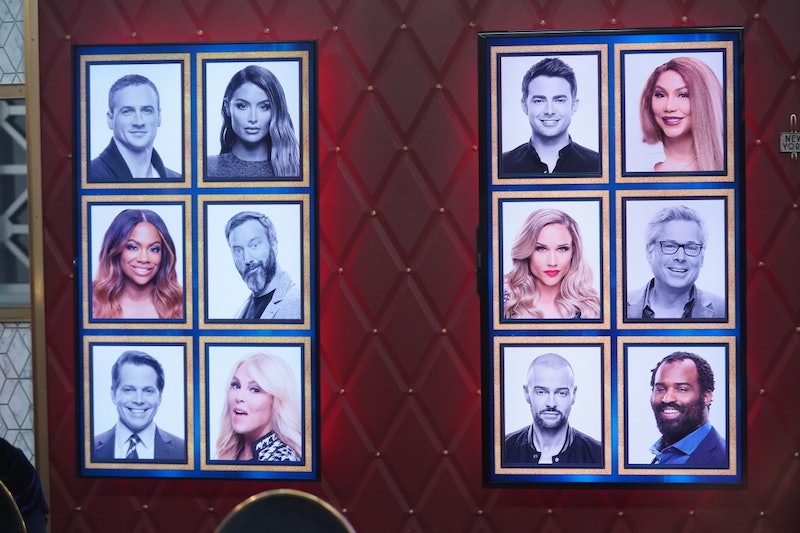 Not everyone can win the grand prize on Celebrity Big Brother, but for one eliminated contestant, there's a consolation prize. Comedian Tom Green won America's Favorite Houseguest for Celebrity Big Brother Season 2, which comes with $25,000. But beyond just the money, the winner also gets the prize of knowing that America loved them — and isn't that what every celebrity really wants? The viewers at home vote for the winner, and it's really no surprise that Tom won.

Tom had to go up against 11 other houseguests to claim the prize. (Only Anthony Scaramucci wasn't allowed to win, since he wasn't technically a real houseguest.) But it couldn't have been much of a contest considering how adoring the fan base was towards Tom. All season long he cracked jokes and poked fun at everyone (including himself), and many viewers considered his joke-y diary room sessions a breath of fresh air from the game-related drama. It pays to be funny in the Big Brother House — especially when fans are watching the live feeds 24/7. And Tom found ways to entertain them around the clock.

Like that time he ran around with cereal boxes at night pretending he was some sort of breakfast food-themed winged dinosaur. It was probably pretty hard for fans to overlook that moment when it came time to vote for America's Favorite Houseguest.

They also loved Tom's silly made-up songs that he used to entertain himself and viewers watching the feeds. Like this song about how coffee is a lot of fun.

Plus he used to dance around in the HoH room, and fans loved setting his moves to popular songs. An entire Twitter account was created called Tom Green Dances To Things based on this idea. Here he is jamming to "Happy" by Pharrell Williams.

So, it's easy to see how all of this social media love translated into Tom securing the most America's Favorite Houseguest votes.

In the first season of the U.S. version of Celebrity Big Brother, TV host and personality Ross Matthews won America's Favorite Houseguest, which likely made his second place exit sting a little less.

"Winning America’s Favorite Houseguest meant more to me than winning the game ever could, because the jury was filled with a bunch of celebrities who had seen everything that went down. So I knew I probably couldn’t win their votes," Matthews told TV Insider after the show. "But the fans saw what I was doing in the house, they knew the kind of game I was playing. I was playing the game a true fan of Big Brother would play if they ever got to go into the house. The fact that they recognized that meant the world to me."

So Tom is only the second ever Favorite Houseguest on CBB in the U.S., and he is in good company with Matthews. You can't win 'em all, but it helps to win a consolation prize that says all of America loves you the most. That's the kind of exposure celebs live for, right?

More like this
The 'Big Brother 24' Racism & Bullying Controversy, Explained
By Jake Viswanath
What’s New On Netflix: 'Never Have I Ever' & 'Indian Matchmaking' Return
By Arya Roshanian
All The Clues Aven Gets Engaged To Rachel On 'The Bachelorette'
By Kadin Burnett
'The Bachelorette’s Johnny Could Be Gabby's Dark Horse This Season
By Kadin Burnett
Get Even More From Bustle — Sign Up For The Newsletter