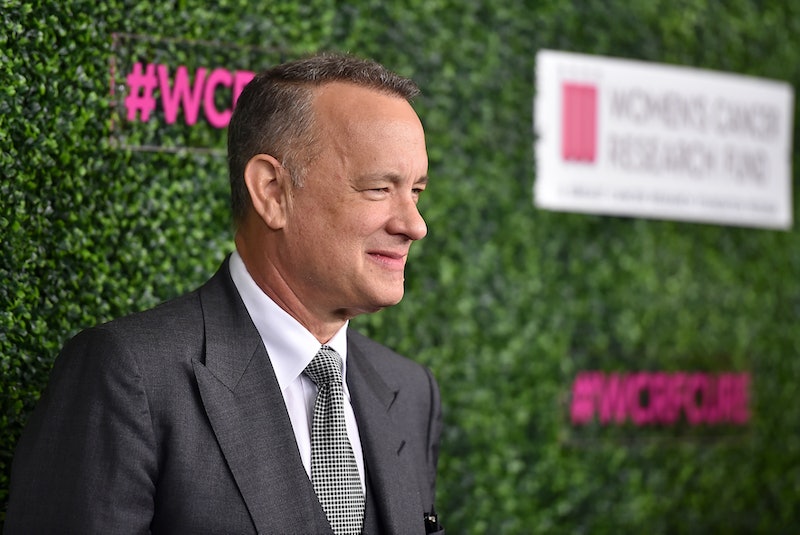 A little more than two years after The New Yorker published his first short story, "Alan Bean Plus Four," Sully star Tom Hanks is publishing a short-story collection. Uncommon Type: Some Stories will be Hanks' first book, and it has a fabulously retro cover that you've just got to see.

In "Alan Bean Plus Four," Hanks put readers in the shoes of the titular Alan Bean: a NASA astronaut who was the fourth man on the moon. In an interview with The New Yorker, he says that "Alan is probably the only example of a guy who was really changed by his trip to the moon. He’d been a military guy, a jet pilot, an astronaut, he was on Skylab, etc. Then he came back and took up painting, something he hadn’t done prior to that. Now he’s a full-time artist."

Shortly after Hanks published his story on Bean, he landed a book deal with Alfred A. Knopf, but Uncommon Type won't be informed by the actor's love of history. Rather, each of the 17 stories contained in Hanks' collection will center on a different typewriter. Hanks is a typewriter aficionado who owns more than 100 vintage models. He tells Entertainment Weekly that "[t]ypewriters are for personal letters, for musings, for rambling stream-of-consciousness stamped-in-paper doodling." Sounds good to me.