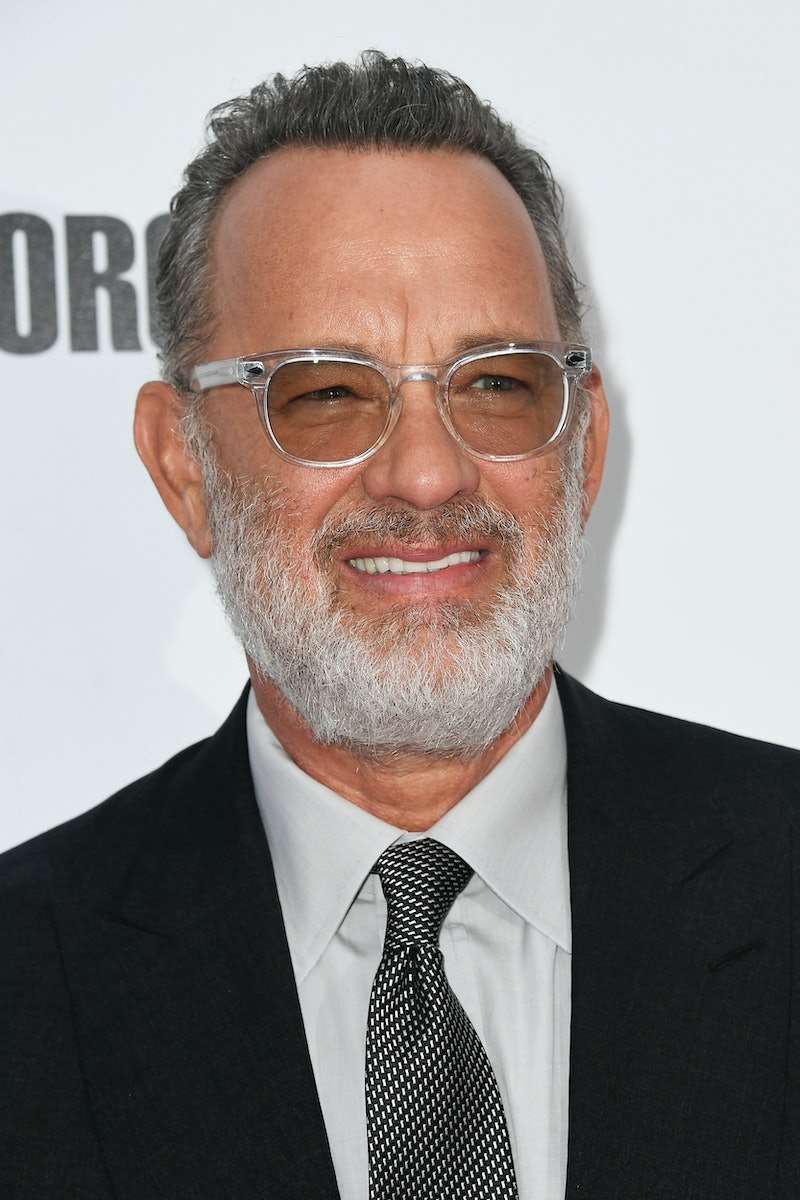 He's one of the most beloved and respected actors of our time — perhaps even of all time. Tom Hanks' celebrated career has spanned close to four decades now, and in January of next year, Hanks will receive the Cecil B. DeMille Award at the 77th Annual Golden Globes, the Hollywood Foreign Press Association (HFPA) announced on Tuesday, Sept. 24. The award represents "outstanding contributions to the world of entertainment," as defined by the HFPA, and it's about time Hanks was presented with this honor.

"For more than three decades, he’s captivated audiences with rich and playful characters that we’ve grown to love and admire," HFPA President Lorenzo Soria said in an official statement about Hanks. "As compelling as he is on the silver screen, he’s equally so behind the camera as a writer, producer and director." Hanks will be in the best of company after he receives the Cecil B. DeMille Award award, too. Past winners have included stars like Oprah Winfrey, George Clooney, Meryl Streep, Morgan Freeman, Martin Scorsese, Denzel Washington, Barbra Streisand, and last year's recipient, Jeff Bridges.

It's kind of hard to believe that Hanks is just now being honored with this award. He's been in so many critically-acclaimed films over the years. His first big break, however, was on TV back in the early '80s — but even then, Hanks' contemporaries seemed to know that he was destined for the big screen.

Without having much experience at all, Hanks nabbed one of the lead roles on Bosom Buddies in 1980. During an interview with Rolling Stone in 1986, Ian Praiser, a coproducer of the show, told the outlet that he thought Hanks was great — too great for TV. "I thought, 'Too bad he won’t be in television for long,' Praiser recalled. "I knew he’d be a movie star in two years."

Praiser's prediction wasn't too far off. In 1984, Hanks starred alongside Daryl Hannah in Splash, the rom-com about a mermaid that ended up turning into a surprise big-screen hit. In 1988, Hanks really hit it big — pun intended — with the now-beloved blockbuster smash, Big. After that, his iconic roles become countless, and increasingly hard to recall. There are just so many, including his Oscar-winning portrayal of Forrest Gump.

During an interview with Oprah Winfrey for O Magazine back in 2001, Winfrey and Hanks sat down to discuss his success. She pointed out how, at that point in his career, Hanks could basically choose any role he wanted. "When you choose a role [now], is there a soul connection between you and the character?" Winfrey asked. "There is," Hanks replied. "Yes, that has to be there. If I have no connection with the character, then it's all fake."

That's likely why audiences are so fond of Hanks and his films — because the "soul connection" he has with his characters comes off so genuine on the big screen. Even his most recent role of Mister Rogers in the upcoming biopic, A Beautiful Day In The Neighborhood, has been applauded for exactly that. His achievements are well-deserving of the Cecil B. DeMille Award, and fans can watch him accept the honor during the Golden Globes on Jan. 5, 2020.