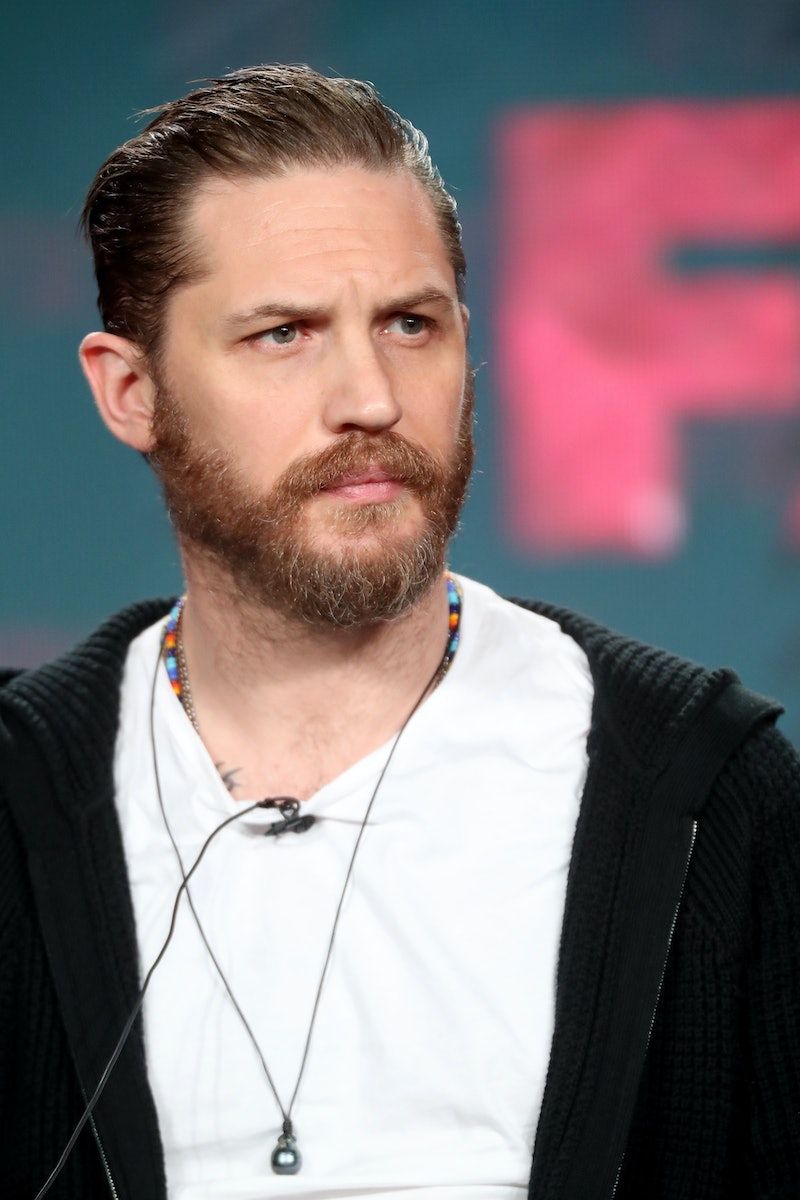 Following the tragic Grenfell Tower fire in London, Tom Hardy has expressed not only his sympathy for the victims of the fire, but also his anger that the situation occurred at all. Now, the 39-year-old actor, who is a Londoner himself, is taking action. Hardy created a fundraising page for Grenfell Tower fire victims to raise money for those who have been affected.

"As a Londoner and as a human being, it is impossible to be unaffected by the harrowing, unnecessary loss of life," Hardy writes on the JustCaring page. He set it up with a goal of 20,000 pounds, and that goal has already been reached and surpassed.

Hardy's campaign captures the barrage of grief, horror, and anger that many are feeling in the wake of the Grenfell disaster, which so far has claimed at least 30 lives with 70 people unaccounted for.

"It is impossible not to feel deep, profound shock and just stand by and not make the effort to help those who are innocent victims of a seemingly gross negligence," Hardy writes in his campaign. As CNN reports, the situation is being investigated and the U.K. government "has already promised a full public inquiry."

"For me, culpability and accountability falls entirely on those responsible for providing secure, safe housing for those who live in public housing and the citizens/residents of the UK who are vulnerable. It is shameful. There must be a dramatic change," Hardy continues.

Londoners echo Hardy's sentiment of anger and they too demand accountability. On Friday, many protesters gathered near the Notting Hill tube station and at town hall, hoping to draw the attention of Prime Minister Theresa May, according to CBS. Shouts of "we want justice" and "May must go" were reportedly heard. The concern of the people, including Hardy, is that the victims of the fire have not and will not receive enough support in the aftermath.

London Mayor Sadiq Khan wrote an open letter to May after meeting with citizens in the area near Grenfell who were frustrated and felt that the local council was not able to provide enough support. "I promised the local community that I would fight for them to get the support and answers they deserve as quickly as possible," Khan wrote on Friday, according to Independent UK. "I am therefore writing to you today to set out the action that I believe the Government needs to take, as a matter of urgency."

This is not the first time Hardy has started an online fund to help others. In March, he started another JustGiving campaign after the attack in Manchester at an Ariana Grande concert, with proceeds going to the British Red Cross. At the time he wrote, "I hope between us we can raise some funds as a gesture of goodwill and love to help in some small way towards repairing some if any of the damage done."

If you would like to donate to Hardy's campaign for Grenfell victims, which will be donated to the Kensington & Chelsea Foundation, you can do so here. And here are many other ways to offer support of the Grenfell Tower fire victims.