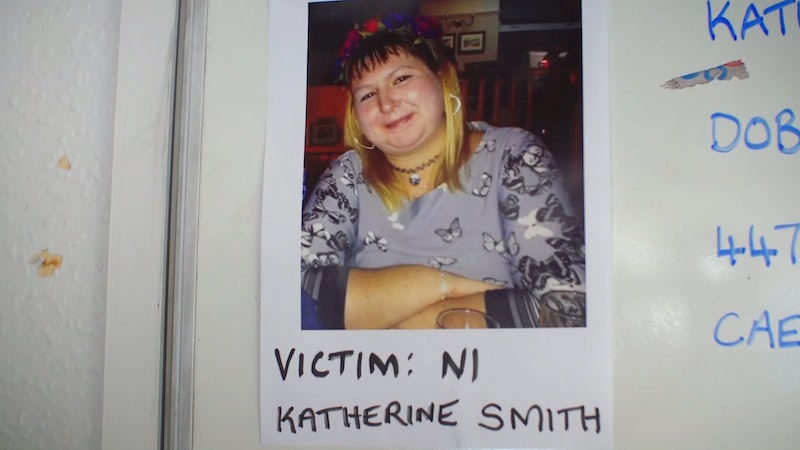 There's no shortage of date horror stories out there, but for some women and their families, a date can end in heartbreaking tragedy. It's one such story that forms the basis of a new ITV documentary. Back in 2018, Tony Moore (real name Anthony Lowe) was jailed for the murder of a victim who he found on popular dating site Plenty of Fish. In an upcoming doc, ITV will show you how Tony Moore/Anthony Rowe, The Plenty of Fish Killer was convicted.

Airing on ITV One at 9 p.m. on Thursday, April 4, the first of this two-part documentary will focus on Lowe and his heinous crime. For those of you who need an unhappy reminder, on March 20, 2018 the BBC reported that Lowe had received life imprisonment for the stabbing of 26-year-old Katherine Smith in Ely, Cardiff. He plead guilty to the charge, and was sentenced to a minimum of 18 years in prison. He continues to serve the term in 2019.

According to The Sun's report, the pair had originally connected on Plenty of Fish, where Lowe had posed as someone 10 years younger than himself, and used the alias "Tony Moore." The newspaper reports that the act of violence occurred "less than eight weeks after meeting Katherine Smith, 26." Lowe also texted Smith's mother admitting to the crime, the BBC reports.

ITV's documentary will showcase footage obtained from South Wales Police, according to a statement from ITV on March 20, and it'll give you a multidisciplinary account of just how Lowe was arrested — from the police's attempts to track him down, through to finding the piece of evidence which led to Lowe's life imprisonment sentence.

As Wales Online reported on March 20, 2018, Prosecutor Michael Jones QC read out the victim impact statement from Smith's mother to the court during Lowe's sentencing. She said: "Katherine was beautiful, intelligent and caring. Even during her short life people told us how lovely a person she was," adding: "We will never see her smile again. Our hearts are broken and nothing in this life will ever mend that."

As The Mirror reported, the court also heard descriptions of Lowe as "suspicious," and claims that he had been persistently texting Smith to "check up on her." On the day of the incident, Lowe and Smith reportedly went to Tongwynlais Rugby Club to play skittles. Prosecutors described Lowe as being in "a bad mood," and that he allegedly did not speak to Smith their entire car ride home.

They were captured on CCTV arriving at their flat just before 10:25 p.m. Lowe then spent 20 minutes in the property, before emerging at 10:45 p.m., during which time the court found Smith's murder was committed. ITV's documentary will give you a full insight into Lowe's crime and the devastating impact it had from the police's point of view. You'll see how they got to this point — Lowe's trial and his eventual conviction — and you can rest assured, Lowe remains very much imprisoned, and he'll remain there for the rest of his life.

More like this
'Line Of Duty’s Jed Mercurio Has A New Crime Drama In The Works
By El Hunt
After The Bling Ring, Nick Prugo Was Embroiled In Another Scandal
By Arya Roshanian
Adam From 'Sex Education' Looks Totally Different In BBC's New SAS Drama
By Bustle UK
'The Walk-In' Revisits A Terrifying Real-Life Murder Plot
By Sophie McEvoy
Get The Very Best Of Bustle/UK