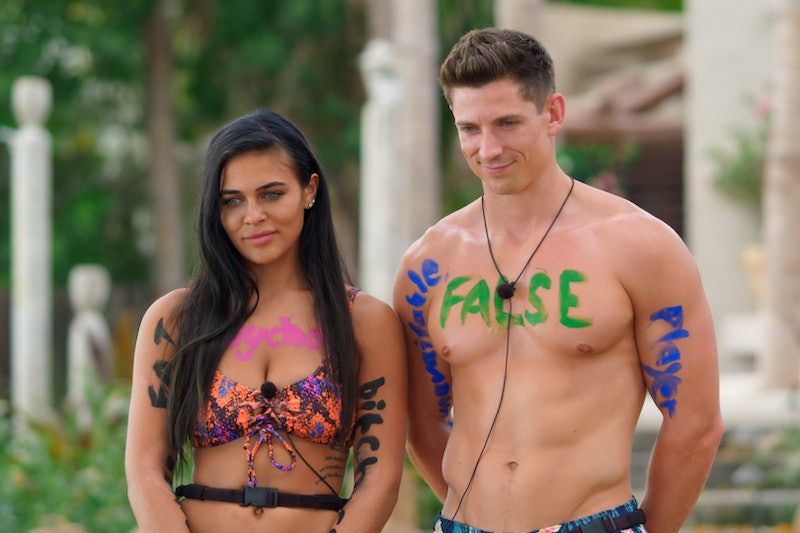 Has a healthy dose of escapism ever been more important than it is right now? TV has always held a special place in our hearts, but during lockdown, it has raised the bar. We may not be able to run away to a hot destination with a glorious beach, but the Too Hot To Handle villa provides all the sun, drama, and romance you could possibly want. One particular contestant has quickly become a fan favorite — not least for his overly cheesy, but bold, lotion move right off the bat — is David Birtwistle. The London-based PT had his fair share of connections while at the villa, only costing the villa a few kisses here and there, but what has he been up to since leaving the villa and is there anyone special in his life right now? I spoke to Birtwistle about his connection with Lydia, how he got into the show and how it has changed his life since.

So what happened with Lydia after the show? Did you keep in touch or is there a new person in your life?

Lyds and I are definitely in touch. We speak quite regularly and we did see each other after the show. She holds a really special place in my heart, but we’re not in a defined relationship.

We both needed to understand what had happened on the show, and coming out of it, we’ve continued to speak. I’m glad that I’ve got her in my life.

There were a few British boys on the show. Did you stay in touch with Kori and Kelz since leaving the villa?

I thought Kori was a bit of a melt, if I’m honest. Kori’s not my kind of guy. ... He didn’t really buy into the process and had no intention of getting anything out of it. He was just in there to cause trouble, be a bit selfish, and think about No. 1. I didn’t stay in contact with him after the show.

I have seen Kelz since [though], we’ve hung out. We stay in touch and he’s a good guy. He played a good role being the 'accountant' and keeping us all in check. We’re friends, which is really nice.

What did you agree to when you you signed the dotted line? You didn't know the idea of the show was that you wouldn't be allowed any sexual contact with anyone... so what did you think it was?

The premise wasn’t really sold to us at all... We were kept in the dark quite a lot. I was basically told it was for a popular worldwide streaming service. So, I thought that was either Amazon or Netflix. The other thing I was told was “trust us, it’s going to be brilliant, you’re really going to enjoy it, just take this risk.”

I’m a positive person and I don’t really like drama, so to be on a show that had the potential to highlight a lot of drama isn’t really me. I just said to the producers that I needed reassurance that the point of the show was going to be positive.

As soon as I heard about the spin [once inside the villa] and that it was a no-sexual-contact show I was even more onboard. I thought it was such a great idea. I feel lucky that I was part of something that the point was to make you a better person.

Were there any relationships, flirtations, or friendships that didn't make it on air?

There’s definitely stuff you guys didn’t see. You don’t see a lot of the relationships that the guys had with each other. You saw when Matt left and how that affected the group, but you didn’t really get to see his interactions with members of the group. Me and him got on so well, we were able to process things, we developed such a good friendship, and I’m still in touch with him all the time.

Bryce and I have a really good friendship as well, with Nicole and Chloe. All those friendships were genuine and authentic.

How involved are the producers with the show?

The producers have a role in creating a show that people are going to love and watch, but they weren’t that heavily involved. The relationships that formed, the situations we were in, all that stuff was authentic. People weren’t told to do things and I think that’s why it’s so great to watch.

People were talking from the heart, but if people needed to speak to someone [in the production team] they definitely could. So, there was a good support system there.

Did you guys have counselors on-site to help out with the emotional side of things?

Yes, we’ve had such great support from the psychologist, Howie. He has been brilliant. We went through a psychological evaluation before going on the show; we spoke to him and understood the risks that are involved, and he was there at any point of the day or night if we needed to speak to him about anything that was going on.

Since coming out of that environment, he’s still been available. We’ve been supported at every step of the process. I’m surprised they did this much; I wasn’t expecting it.

You can catch David on Too Hot To Handle on Netflix now and check out his new venture, Endeavour Life on their website