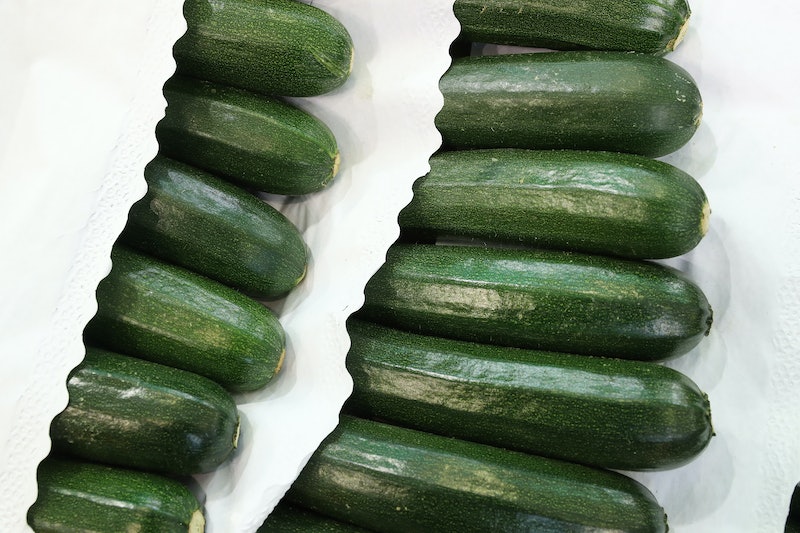 Those butternut squash and zucchini spirals from the grocery store sure can save a lot of time in the kitchen. Spiralizers can be tricky beasts, and pre-packaged veggie noodles can keep that contraption in the back of a drawer where no one has to think about it. But one of the company behind these spiralized miracles, Growers Express, has issued a recall of packages of butternut squash, zucchini, cauliflower, and other vegetable bowls sold under the Trader Joe’s, Signature Farms, and Green Giant brands, CNN reports.

The recall does not include all Growers Express products, and mostly impacts packages that are labeled with a “Best If Used By” date of June 26-June 29, 2019, according to the Food and Drug Administration (FDA). According to the Voluntary Regional Product Recall announcement on the Growers Express website, the affected packages include:

While no illnesses have been reported thus far, Growers Express issued the recall because of a risk of contamination with Listeria monocytogenes. Because Listeria generally thrives in moist environments, including soil, water, and decaying plants and animals, food production processes are often ripe for transmission of this pathogenic bacteria species. But lest you think that the veggies are fine if they went right from the store refrigerator into yours at home, the FDA says that Listeria “can survive and even grow under refrigeration and other food preservation measures.”

The impacts of infection by L. monocytogenes ⁠— called listeriosis — varies depending on an individual’s unique risk factors. For example, pregnant people and newborn babies are at particular risk for severe symptoms of listeriosis that may result in long-term health complications or even death. According to the Food and Drug Administration (FDA), the elderly and people who have compromised immune systems or chronic diseases are also at heightened risk for severe listeriosis.

For individuals who are not at heightened risk for severe listeriosis, symptoms may last anywhere from a few days to several weeks. Listeriosis symptoms are broad-ranging but may include fever, nausea, muscle aches, vomiting, and diarrhea. It can take anywhere from a few hours to a few days: however, in more severe cases, it can take up to three months for these symptoms to present themselves. More severe symptoms might expand to include loss of balance and convulsions.

To ensure that none of these symptoms present themselves amongst consumers of Growers Express produce, the company self-reported the necessity of a recall to the FDA. Tom Byrne, President of Growers Express, said in a press release that the company “stopped production immediately after being notified of a single positive sample by the Massachusetts Department of Health.”

Zucchini lovers breathe a sigh of relief: your spirals won’t be contaminated forever.