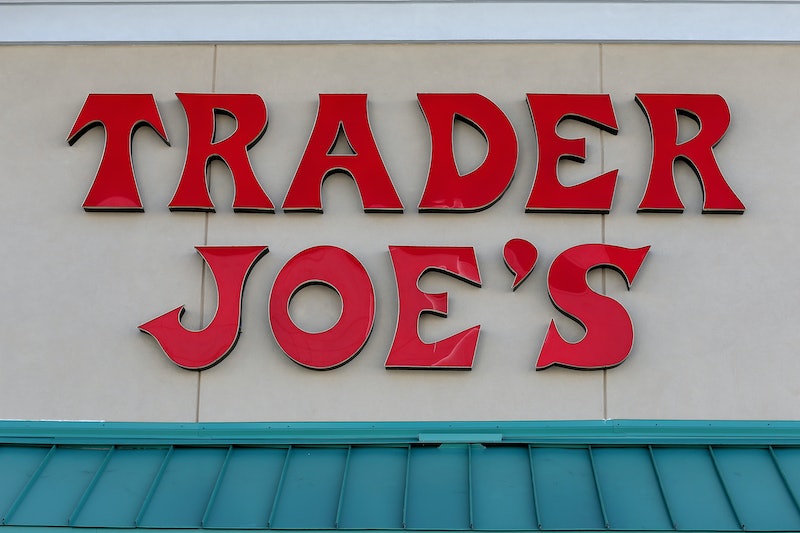 As if you needed another reason to love Trader Joe's. People love TJ's — in fact, it's pretty much got the ultimate grocery store fandom or maybe the only grocery store fandom ever to exist. And the company has just added another string to its bow — Trader Joe's was named America's Best Employer by Forbes. So, according to the new list of best places to work in the entire country, Trader Joe's is number one. This isn't a huge leap — the popular grocery store has a history of being high on Forbes' list, landing at number two last year. This year, it got over the final hurdle to take the top spot.

What makes somewhere a great place to work? Forbes worked with market research company Statista to survey over 50,000 workers on their company and how likely they'd be to recommend working there to other people. They were also asked to recommend companies in other industries. With all of this data, Forbes and Statista came up with a list of 500 large companies (of over 5,000 U.S. employees) and 500 mid-sized companies (of between 1,000 and 5,000 employees). Trader Joe's came out at number one for large companies.

There are a lot of things that make Trader Joe's a great place to work. “We’ve been around for over 50 years, and we’ve never had layoffs. We stay true to what we know works for Trader Joe’s and our crew members,” Jon Basalone, president of stores at Trader Joe’s, told Forbes. “You combine that with the pay, benefits and supportive, fun environment, and people tend to want to stick around.”

The pay is no joke — Forbes points out that Trader Joe’s takes a unique approach to pay, creating its own minimum wage for the location that each individual shop is in. Because of this, workers (including part-time workers) can be making up to $24.75 an hour — well over even the highest minimum wage. Combine that with great benefits, like health insurance, paid time off, a company-funded retirement plan, and flexible work hours — all of which are available to full-time and part-time workers — and it's easy to see why workers are happy.

But perhaps the biggest benefit or working at Trader Joe's is feeling like part of a team — the team spirit at Trader Joe's is pretty legendary. And it's not just about the Hawaiian shirts. There's a sense of team spirit, probably helped along by the twice-weekly product tastings, where crew members are able to sample new products before they hit shelves. “My first day at Trader Joe’s, I was being shown how to cut open a box and stock some frozen food, and someone came up and said, ‘Let’s go in the back — we’re having a tasting,’” Basalone said. “The whole time, I was thinking, ‘Am I supposed to be doing this? I feel like I should be at work,’ and the person training me said, ‘No, this is a part of it. We’ve got to learn about what we sell.’” Sounds like a pretty good perk to me.

Trader Joe's has a lot of fans for a reason — and its unique ethos and approach also makes it a great company to work for. If you're looking for a side gig or a new career path, you may want to look no further. The genius behind Speculoos Cookie Butter and Everything But The Bagel Seasoning has a lot to offer.