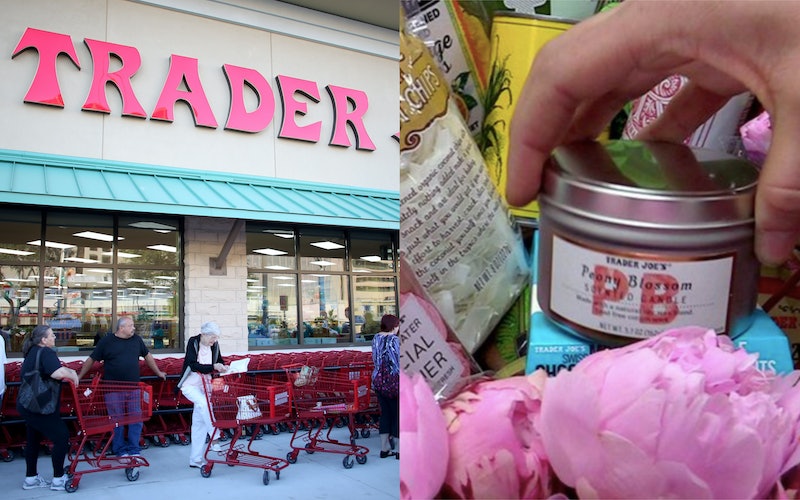 So, hey, fun fact: Trader Joe’s has its own YouTube channel now. It quietly launched at the end of April 2019, and somehow, many of us have only just figured out now that it’s, y’know, a thing. (For what it’s worth, Food and Wine knew about it almost as soon as it launched; for the rest of us, however… well, let’s just say that it’s been a whirlwind 24 hours.) There’s not a ton on it right now — around 33 videos, most of which are between 15 seconds and six minutes in length — and some of what is there appears to be have been filmed some time ago (there a couple of winter holiday-themed videos, for example)… but you know what? I’m not even mad. Because if what’s there already is any indication, there’s a lot of fun, slightly kooky new stuff to come. Bless you, Trader Joe’s. Bless your offbeat little heart.

Trader Joe’s hasn’t embraced social media quite as much as many other brands and retailers popular among the millennial and Gen Z sets; the company famously doesn’t have a Twitter account, and only joined Instagram in 2017. What’s more, there aren’t really even any readily-accessible links to the few social media accounts Trader Joe’s does have on its website — you have to go looking for them yourself with the help of your favorite search engine.

Here’s the very first image TJ’s ever posted to Insta, by the way:

That’s why, I think, so many of us only just now found out about the Trader Joe’s YouTube channel — but now that we know, our lives may never be the same.

Anyway, what kinds of content can you expect to find on a YouTube channel run by Trader Joe’s? Lots of things. There are, of course, some little animations about the perks of shopping at TJ’s:

There are uploads of the Trader Joe’s (Inside) podcast:

(For the curious, Trader Joe’s (Inside) first hit podcasting apps about a year ago; the first episode dropped on May 1, 2018. Originally meant to be a five-part series, it eventually expanded to 13 episodes, with the most recent having dropped on April 8, 2019. This, by the way, is yet another thing about Trader Joe's I didn't know until just now, so today has really been a learning experience for me.)

There are a couple of how-to videos — one on how to make zhoug marinated chicken thighs with crunchy fennel slaw and one on how to put together the perfect charcuterie board — featuring a puppet named for the Fearless Flyer section of the Trader Joe’s website:

But a number of them, including the videos for TJ’s classic Organic Blue Corn Tortilla Chips and for the recently released Peony Blossom Scented Candle, take an up-close-and-personal look at how the products are actually made:

If you were the kind of kid who was endlessly fascinated by that old Sesame Street segment that went inside a crayon factory, definitely check these ones out; you’ll find them just as enthralling. I know, because A) I was absolutely that kid, and B) I just spent 15 minutes glued to my computer screen watching these videos.

Is the collection of video types a little motley? I mean, yes; in some ways, it looks a little like TJ’s wasn’t totally sure what would work best for them, so they just tried a whole bunch of stuff and uploaded it all at once to see which kinds of videos stick and which ones… don’t. But then again, Trader Joe’s is well-known for its quirky aesthetic, so in that sense, the hodge-podge nature of the channel in its current state just sort of… fits. Of course a TJ’s-themed channel would feature a hedgehog eating popcorn at a showing of “Citizen Corn” (yes, really) before showing us exactly how that popcorn gets made, right?

More like this
Why Everyone Is "Soft Tagging" Friends On Instagram Right Now
By Alexis Morillo
TikTok's Butter Board Might Be The New Cheese Plate
By Emma Carey
On TikTok, Tinned Fish Date Night Is The Latest Viral Food Obsession
By Emma Carey
Here's How To Get Your iPhone To Update Automatically Forever
By Emma Carey
Get Even More From Bustle — Sign Up For The Newsletter