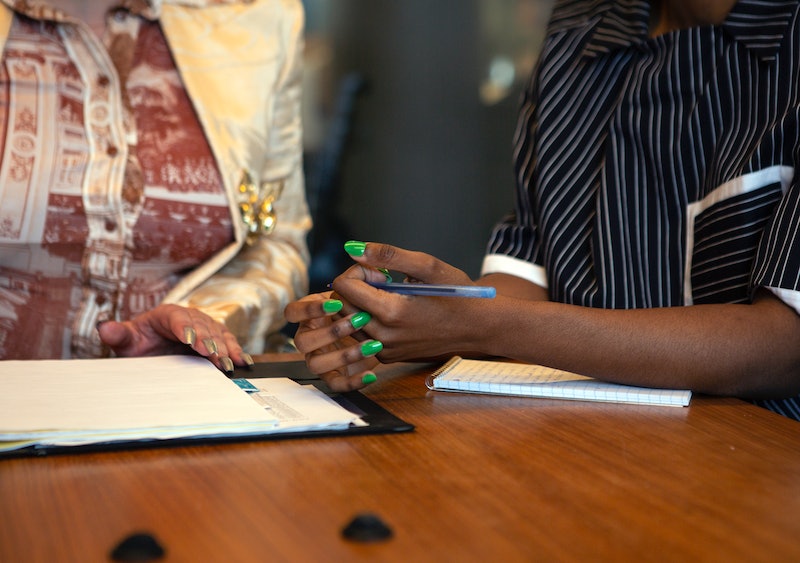 In the state of Michigan, trans people used to need to update their birth certificate, U.S. passport, or receive a court order to be eligible to change their name and gender on their driver’s license and state ID, according to Western Michigan University. Obstacles like these are common across the United States, though several states have been making strides to make name and gender changes on IDs more accessible to trans people. Now, trans people in Michigan can correct their gender and names on official documents with a few simple steps, Out reported, compared with having to gather several expensive documents with long wait times and approval processes.

At a press conference on Nov. 18, Michigan Secretary of State Jocelyn Benson announced the state will now only require trans people to fill out a form at the DMV and pay a relatively small fee in order to correct their IDs. According to the Detroit Free Press, which first reported the story, these changes are effective immediately. Now, it will cost trans people in Michigan $9 to update their driver's license and $10 to update their state ID.

Michigan won’t be expanding its driver’s license gender markers to include a nonbinary “X” option alongside “F” and “M” like some other states, including California, have done. However, according to the Movement Advancement Projects, nine states still require proof of gender-affirming surgery, court orders, or amended birth certificates to change the gender marker on someone’s driver’s license. In addition, 23 states have unclear laws regulating requirements for name change documents, leaving the fate of trans people’s names up to the discretion of individual courts.

By asking only for a form and a fee, Michigan is significantly increasing the ability of its trans residents to change their names and gender markers on necessary IDs. That there's a fee at all might seem prohibitive — even $9 can be a setback, especially given that trans people are twice as likely as their cis peers to live in poverty, according to the 2015 U.S. Transgender Survey. While about 29% of trans respondents overall reported living in poverty, those numbers were significantly higher (approaching 50%) for trans people of color.

The existence of this processing fee might indeed pose a bit of an obstacle, but it’s important to contextualize this with the cost previously associated with name and gender changes in Michigan. Gender-affirming surgery, one of the past requirements to update a birth certificate, is not only something that not all trans people want — many trans people who do want gender-affirming surgery cannot afford it. Many insurance companies don’t cover these kinds of surgeries at all, or only partially cover the costs. Applying for necessary court orders to change your name can also run upward of $400, though in states like California, you can apply for a fee waiver if you cannot afford it.

Whether you’re in Michigan or not, applying for a change in name and gender marker on your official documents can be scary, but getting these updates also serve as a bridge to more equitable access to opportunities as diverse as a new job and getting carded to buy a bottle of wine.

If you’re not sure what barriers or opportunities your state has in place to update your documents, you can check out the Equality Maps from the Movement Advancement Project or the National Center for Transgender Equality’s online ID Document Center. Even if your state has restrictions in place that make it harder to get your IDs changed to reflect who you are, it’s important to remember that there are organizations with information to help you like the Transgender Legal Defense & Education Fund and Lambda Legal. Further, there are so many people going through the same process as you are. Your name and your gender are just as real as you are.