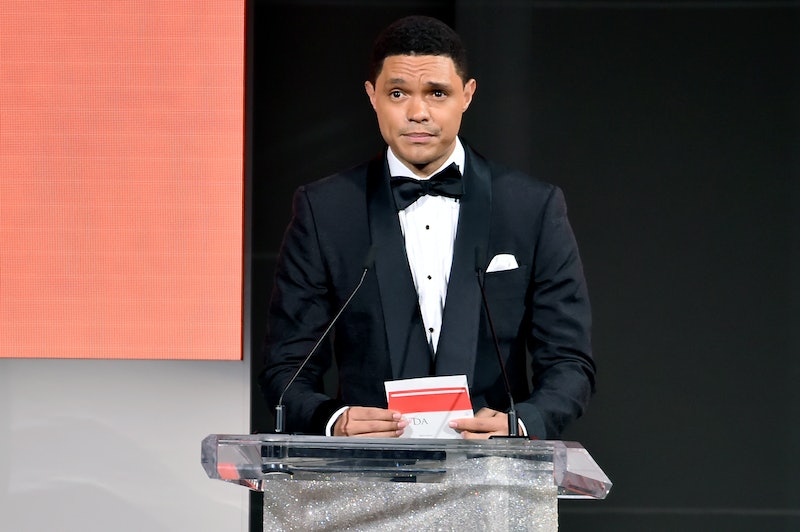 Sometimes, it's nice to have an outsider's viewpoint on your own politics. And while we all know that Daily Show host Trevor Noah knows a lot about what's going on in the U.S., he can still approach those happenings with a certain amount of distance as a South African. That's exactly what ensued when Noah did a segment about the 2018 midterms — and how exceedingly strange midterms really are as an institution, if you think about it.

"The midterms are like a strange election for me in America," Noah said. "Because it's basically just a little referendum in the middle of your presidency, you know?"

"Historically in America, people don't show up to the midterms, right? And it feels like this time it's going to be different," Noah continued. "Normally, whoever voted for the president is happy ... and then it's the other party that comes out voting, because they're like, 'We hate this!'"

In 2018, though, Noah said that he felt something different in the air.

"This time, it feels like everyone's mobilizing, getting ready to vote," he said. "It's weird, because Trump has switched up what a midterm is about. Usually it's about the political party itself; this feels like a referendum on Trump."

There's actually data to back this assertion up — according to a Pew Research Center poll that Vox reported on, a higher percentage of voters said that Trump will be a factor in their midterm voting decision, for better or for worse, than for any president before him. The largest group of within that percentage, Vox wrote, is people who will be voting against Trump.

"[It] must feel really shitty for the people running, because this is the pinnacle of their careers, for many of them," Noah said. "And now, like, voters are like 'This has nothing to do with you!'"

Noah then laid out the perfect non-political equivalent for those voters.

"Imagine if somebody was getting married, and they didn't care about who they were getting married to," Noah said, waving his hand. "Right? They were just like, 'I take not Mark! To be my husband, to have and to hold, unlike Mark!"

Turnout is generally low in the midterms, but strong feelings for Trump in one direction or the other already look like they be having an effect on the turnout. According to the Pew survey on the 2018 midterms, 51 percent of eligible voters said in June that they were "more enthusiastic than usual" about turning out to the polls. Liberal Democrats in particular, Pew found, were much more enthusiastic than usual. According to Vox, though, there's still a lot of room for young voters to gain some enthusiasm about voting — so maybe Noah's coverage of the midterms will help in spreading the excitement.