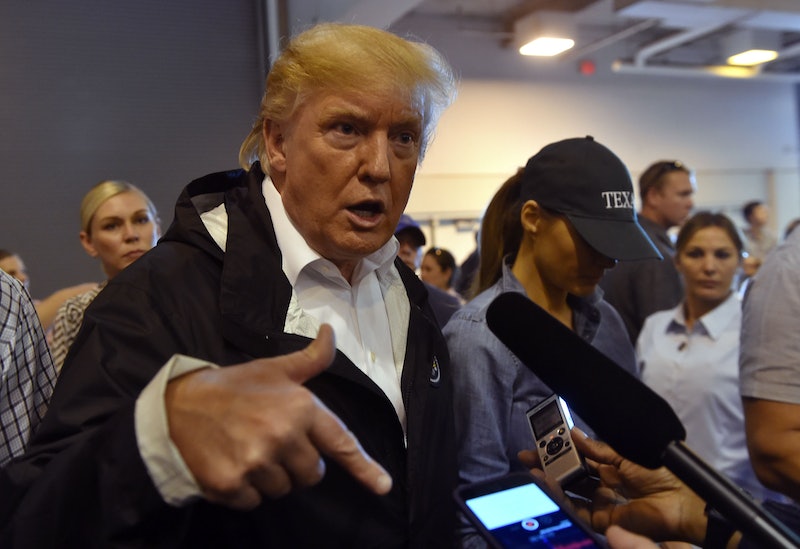 On Sunday, news emerged that President Donald Trump is reportedly considering revoking the Deferred Action for Childhood Arrivals (DACA) program. Many have been outraged by the news that Trump is considering a DACA repeal, as it could negatively impact thousands of individuals who have called the U.S. home for much of their lives. Moreover, this news is even more disconcerting in light of the fact that new videos from 2011 have emerged that show Trump passionately defending the kind of immigrants that DACA helps keep in the U.S.

The DACA program was created in 2012 under President Barack Obama. The program allows individuals who came to the U.S. as children without documentation to gain temporary, renewable reprieve from deportation and a valid work permit, provided they meet certain conditions.

Trump has wavered in terms of determining what action, if any, he wishes to take regarding DACA. During the 2016 presidential election, he vowed to dismantle DACA, as well as other executive actions taken by Obama. However, since his election he has occasionally publicly praised DACA recipients, often known as "Dreamers"; he once even told them they should "rest easy" and not fear being deported.

On Monday, CNN investigative reporter Andrew Kaczynski unearthed interviews from 2011 that in which Trump vehemently and repeatedly defends immigrants who have resided in the U.S. long-term, legally or illegally. These clips make the news that Trump may be dismantling the DACA program even more disconcerting and, as many on Twitter are saying, quite hypocritical.

Kaczynski shared the two video clips via Twitter, one of which features Trump on a telephone interview with Fox and Friends. When discussing then-presidential candidate Michele Bachmann, Trump praised the fact that he believed that she would never deport an immigrant family who had been in the U.S. for a substantial amount of time, saying:

You ask Michele [Bachmann] to actually, physically go across the street and tell the family of 25 years to get out of this country, she wouldn’t do it because she’s a good person.

Moreover, when describing immigration policies and why he believed immigrants who have resided in the U.S. for years should be allowed to stay in the country, Trump implied that it was simply the right thing to do, saying "This isn’t conservative ... This is compassion.”

In the second clip, which appears to be from CNBC, Trump again described the importance of allowing long-term immigrants to stay in the United States. "You have people in this country for 20 years, they’ve done a great job, they’ve done wonderfully, they’ve gone to school, they’ve gotten good marks, they’re productive — now we’re supposed to send them out of the country?" Trump said passionately. "I don't believe in that."

Overall, videos from Trump's past clearly reveal a starkly different stance on immigration than his current one today, particularly considering the reports that he is planning to repeal the DACA program, which is geared toward immigrants who came to the U.S. as children. Hopefully, Trump can get in touch with his past self and recognize the inherent importance of immigrants and DACA before he announces his decision about the program's future on Tuesday.