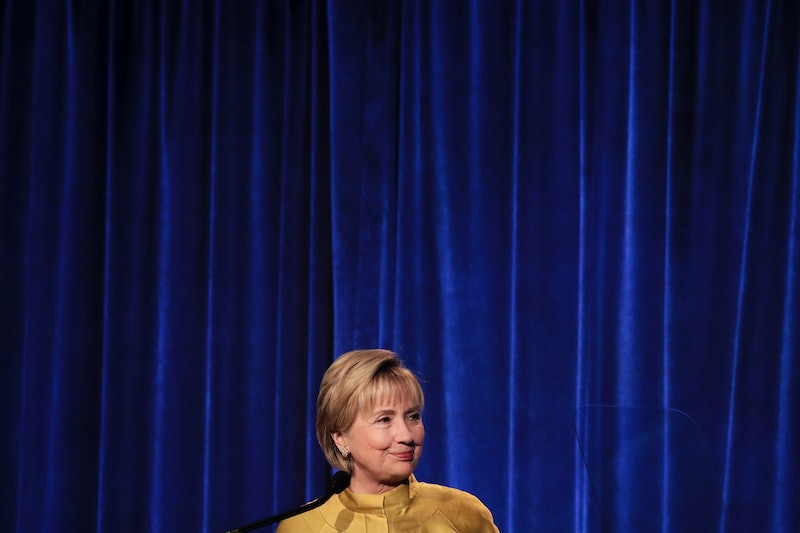 On election night, the call from one presidential candidate to another to concede the race sends an important message: It says that the losing candidate accepts the outcome of the race and is ready to recognize the winning candidate's success. It's an intimate and humbling conversation that usually remains private, but from a Tuesday tweet, it would seem that a Trump administration official plans to share Hillary Clinton's concession call to President Trump.

The tweet came from Dan Scavino Jr., the White House's director of social media. On his personal Twitter account, rather than his professional account, Scavino shared a screenshot of phone log that showed Huma Abedin, aide to former candidate Clinton, placing an incoming call at 2:30 a.m. According to the screenshot, the call lasted for two minutes. His tweet explained that the screenshot came from the phone of Kellyanne Conway, Trump's campaign manager. Scavino did not explicitly claim that the call was Clinton's concession call, but he did say that the call was from six months ago ... which would place the call in the early-morning hours of Nov. 9, a.k.a. election night.

"I have on video and will share that in the near future," read Scavino's tweet. It seems probable that the video shows at least one side of the concession conversation.

Scavino's tweet came after a series of anti-Clinton tweets, seemingly directed at Clinton's former social media manager, Alex Wall. Scavino boasted that Trump's small social media team bested Clinton's "social media team of 30+" in the election. In other words, the notion that Scavino would then promise to release video footage of Clinton's concession call didn't seem so out of place in context.

Releasing the concession call, in this case, could reveal a particularly private moment, as not even Clinton supporters heard from her on the night of the election. Instead, she gave her public concession speech the next day, on Wednesday, Nov. 9, at a reasonable hour of the day. In that speech, she did reference calling Trump the night before.

Last night, I congratulated Donald Trump and offered to work with him on behalf of our country. I hope that he will be a successful president for all Americans. This is not the outcome we wanted or we worked so hard for and I'm sorry that we did not win this election for the values we share and the vision we hold for our country.

On Tuesday, neither Clinton nor Trump immediately responded to Scavino's promise to share the concession call video. If it happens, it's unclear when the video will be released. It seems Trump isn't the only one in his administration who has an affinity for hashing things out over Twitter.