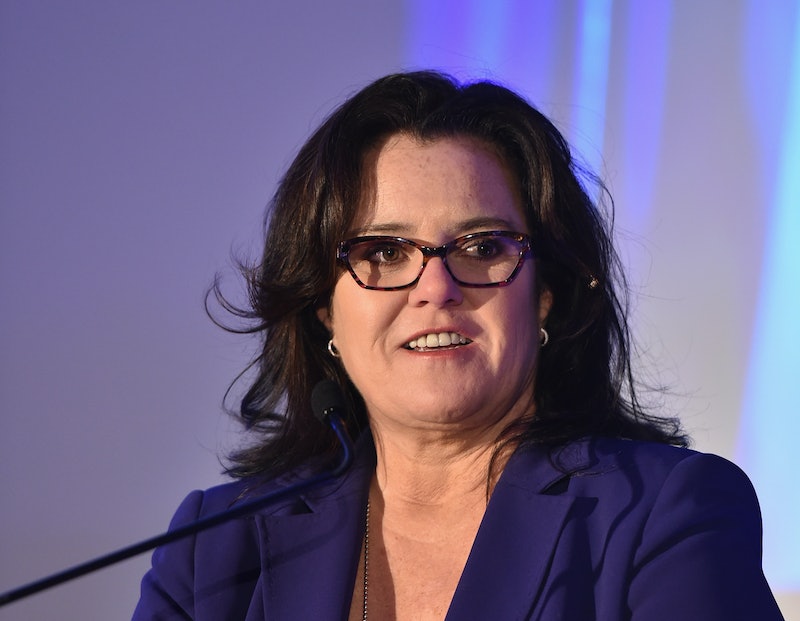 Hold on to your hats, folks: On Thursday, Donald Trump tweeted at Rosie O'Donnell about James Comey, and he wasn't insulting her. In fact, he was agreeing with her, albeit in a somewhat trolly way. Trump retweeted an old tweet of O'Donnell's, in which she simply said "FIRE COMEY," and wrote that "we finally agree on something Rosie." This might be Trump's most legitimately funny tweet yet (as opposed to his many unintentionally funny tweets).

That said, it's not that funny of a tweet. Really, all Trump is trying to do here is prove that he was right in firing Comey and, perhaps as a secondary goal, start another argument with O'Donnell. More to the point, it doesn't really matter how funny the tweet is. Comey's firing is an extremely serious matter, and with this tweet, Trump is perpetuating the argument that, because progressives were angry at Comey after the election, those same progressives should thus be happy that Trump sacked the FBI chief. That argument is both incorrect and intellectually disingenuous.

It's true that thanks to the infamous Comey letter, O'Donnell and many others on the left were downright furious with the former FBI director after the election. Many believed that he handed Trump the presidency by revealing just days before the election that the FBI had found new emails potentially pertinent to the investigation into Hillary Clinton's use of a private server, and some Democrats argued that he was unfit for office and should have resigned right then and there.

These were all perfectly reasonable conclusions to draw, as there's strong evidence that the Comey letter did indeed cost Clinton the presidency. But it's perfectly consistent to believe that, while Comey acted inappropriately and should resign, Trump shouldn't have fired him. Those two positions aren't mutually exclusive at all, because there's a world of a difference between resigning involuntarily and getting fired. Moreover, Trump's argument ignores the fact that the FBI was investigating his own presidential campaign when he fired the agency's director, which is a salient and crucial part of the equation.

Trump fired the man that was investigating potential wrongdoing in Trump's own presidential campaign, and that is a massive conflict of interest. There's simply no honest way to argue otherwise — especially considering that, days before he was fired, Comey requested more resources to investigate the Trump-Russia connections. It's perfectly reasonable for a progressive (or anybody, for that matter) to conclude that the damage caused by this conflict of interest far outweighs the damage of Comey remaining at the FBI. Josh Marshall at Talking Points Memo made this argument months ago, writing on Twitter that by all rights, Comey should resign by all rights — but that it would be a national disaster if he did.

Had Comey legitimately resigned on his own accord, there'd be no conflict of interest at all, and thus far less reason to criticize Trump. But the president is talking as if the only thing that matters is whether Comey is the FBI director or not. He wants you to ignore the nuance of the situation and focus solely on the outcome. But process matters too, and the process by which Comey left the agency is extremely worrisome, and Trump deserves every bit of criticism he's getting for it.