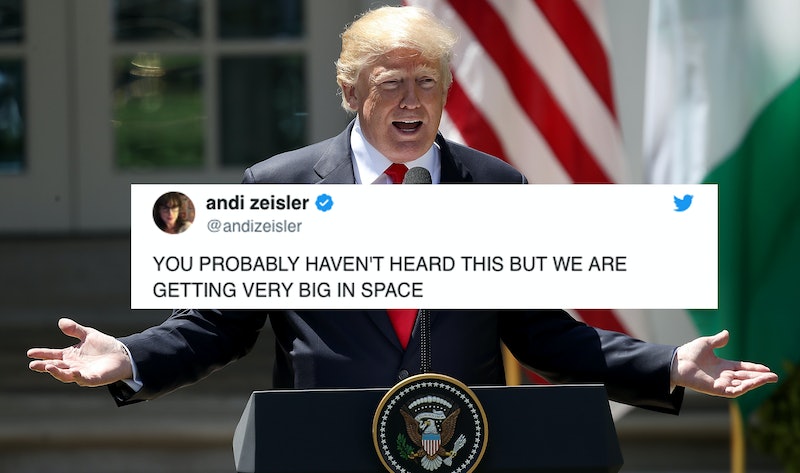 President Trump again advocated for America to add a sixth branch to its military: a Space Force. In fact, the president told members of the West Point football team on Tuesday that "we’re getting very big in space" during a White House ceremony honoring the team's recent victory against the Navy. Memes and tweets about Trump's Space Force highlighted the unlikely probability that America will need to fight a war in space anytime soon.

“You will be part of the five proud branches of the United States armed forces: Army, Navy, Marines, Air Force and the Coast Guard,” Trump told the Army cadets in the Rose Garden. “And we’re actually thinking of a sixth, and that would be the Space Force. Does that make sense? … Because we’re getting very big in space, both militarily and for other reasons. And we are seriously thinking of the Space Force.”

The president previously mentioned his Space Force idea while speaking to an audience of Marines at the Miramar Air Station in San Diego in March. "My new national strategy for space recognizes that space is a war-fighting domain, just like the land, air, and sea," Trump told the crowd of Marines, comparing the hypothetical Space Force to the U.S. Air Force.