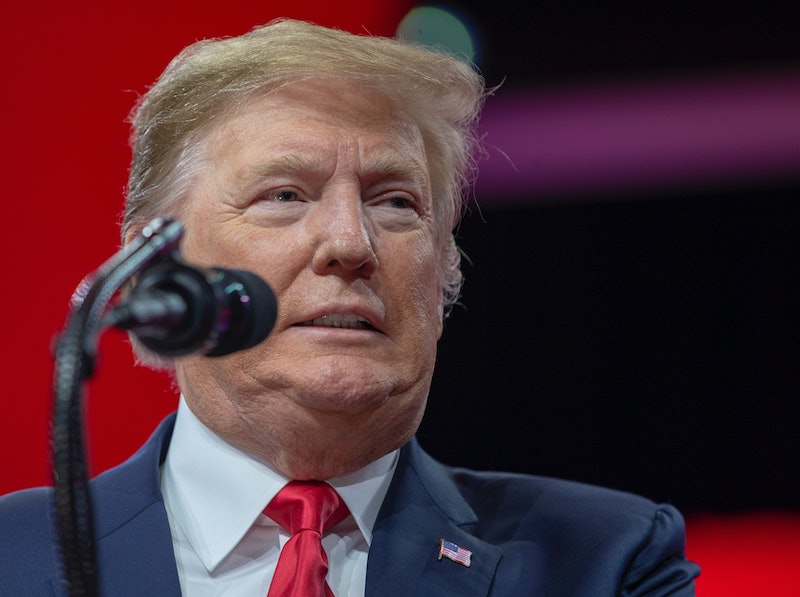 When a federal judge gave the green light to an AT&T-Time Warner merger valued at $85 billion last summer, it dealt a heavy blow to the Justice Department's efforts to block the deal. Now, a new report in The New Yorker alleges that President Donald Trump's connection to the AT&T-Time Warner merger goes deeper than just his vocal opposition.

According to The New Yorker's Jane Mayer, President Trump directed then-National Economic Council Director Gary Cohn to push the Justice Department to block Time Warner's acquisition of AT&T on more than one occasion. The New Yorker has alleged that in one incident that took place in the summer of 2017, Trump berated Cohn to then-Chief of Staff John Kelly, telling him: "I've been telling Cohn to get this lawsuit filed and nothing's happened! I've mentioned it fifty times. And nothing's happened. I want to make sure it's filed. I want that deal blocked!"

Cohn, The New Yorker has alleged, was opposed to the idea of helping the president use the Justice Department to potentially derail private companies. A source told the magazine Cohn instructed Kelly not to call the Justice Department, telling him, "We are not going to do business that way." Bustle has reached out to the White House for comment.

Of course, Trump hasn't been shy about voicing his opposition to the merger. In 2016, he repeatedly vowed to block it while campaigning for president, Politico reported. Then in 2017, The Hill reported he'd told reporters the deal was "not good for the country" just one day after the Justice Department filed a lawsuit to block the merger.

Although it's unclear exactly why the president might have been motivated to use the Department of Justice to intervene in the merger, The New Yorker pointed out that "many people suspected that his objection was a matter of petty retaliation against CNN," which is owned by Time Warner. What's more, The New Yorker suggests Trump's opposition may have been at least partially influenced by his cozy relationship with Fox News and Fox Chairman Rupert Murdoch, who, for business reasons, was also opposed to the deal.

In November 2017, however, a Department of Justice official told Politico that neither the White House nor Time Warner's ownership of CNN were factors in the agency's decision to file a lawsuit in an attempt to block the merger. Rather, they argued that narrative had been "injected" into the issue by AT&T and Time Warner.

On Monday, critics of the president hailed the allegations laid out in The New Yorker as grounds for impeachment, if true. "If proven, such an attempt to use presidential authority to seek retribution for the exercise of First Amendment rights would unquestionably be grounds for impeachment," conservative attorney — and husband to senior White House adviser Kellyanne Conway — George Conway tweeted.