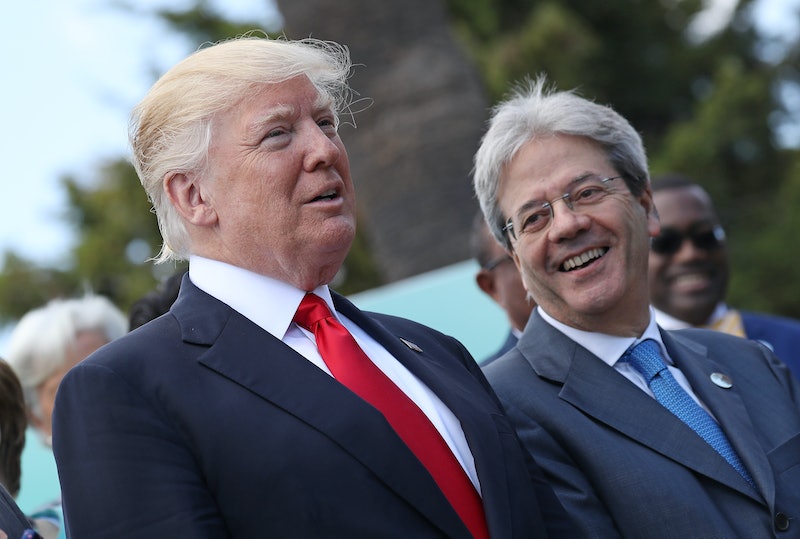 Further distancing himself from the norms of international politics and arousing concern from privacy experts, President Donald Trump is offering his cellphone number to foreign leaders and allegedly encouraging them to contact him via that channel, according to a report from the Associated Press published Tuesday night.

This is far from the first bout of public concern over the president's potential privacy issues — it was once questioned whether he was tweeting from his personal Android. But using his private cellphone (which is generally not a secure device) could spell out some trouble for Trump down the line. As Derek Chollet, a former National Security Council official and Pentagon adviser told the AP:

If you are speaking on an open line, then it's an open line, meaning those who have the ability to monitor those conversations are doing so. ... If someone is trying to spy on you, then everything you're saying, you have to presume that others are listening to it.

The AP report also states that Trump has given his digits to leaders in Canada, Mexico, and France, with Canada's Prime Minister Justin Trudeau reportedly taking advantage of the line. Trump also asked French President Emmanuel Macron to exchange personal numbers following their uncomfortable meeting in Brussels, reportedly asking "Do you want my cell phone so we can speak directly to each other?"

Typically a president's phone calls with other world leaders are more carefully planned than most and involve a lot more coordination and documentation, AP notes, adding that there's still no word on whether these less formal conversations are going to be as well-documented.

Experts also told AP that it's likely Trump's number would be handed off from leaders to their intelligence agencies to be monitored closely — regardless of whether the country is a U.S. ally, citing reports by Wikileaks in 2015 that the U.S. had tapped phones and spied on communications involving the German Chancellery for years.

Additionally, this unorthodox practice still doesn't quite line up with Trump's past vehement criticism of his former opponent Hillary Clinton, as he claimed her use of a private email server as Secretary of State was "extremely careless" and could leave the U.S. vulnerable.

Considering President Barack Obama was the first president to carry a cellphone (albeit one modified for security's sake), the rules and privacy expectations for the modern cell-phone toting, late-night tweeting president are still very much in flux. However, this murky DM-slide of international politics may ultimately lead to some more concrete rules for POTUS 45.