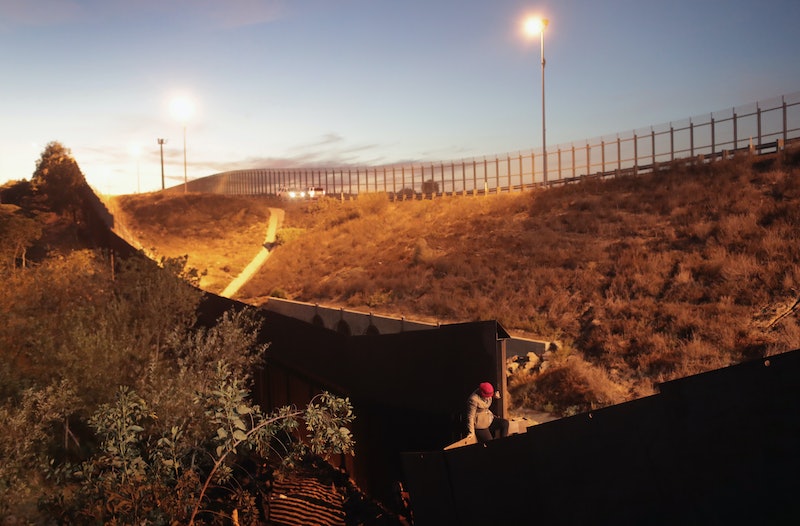 As hundreds of Central Americans wait in limbo at the U.S.-Mexico border, a federal appeals court has upheld a temporary injunction against the Trump administration's asylum ban. In a ruling issued late Friday, the court denied the Trump administration's motion to delay an earlier ruling, which blocked a policy effectively designed to ban immigrants who cross the border illegally from ever claiming asylum from going into effect.

In a 2-1 decision, the U.S. Court of Appeals for the Ninth Circuit in San Francisco, California, characterized Trump's asylum ban as an attempt to circumvent Congress and noted it was likely inconsistent with existing law. "We agree with the district court that the Rule is likely inconsistent with existing United States law," The Hill reported the court's ruling stated. "Accordingly, we DENY the Government's motion for a stay."

In the court's majority opinion, Ninth Circuit Judge Jay Bybee suggested Trump's asylum ban was an attempt to pass laws from the White House. "Just as we may not, as we are often reminded, 'legislate from the bench,' neither may the Executive legislate from the Oval Office," the Associated Press reported Bybee wrote.

In early November, President Donald Trump signed a presidential proclamation barring immigrants from seeking asylum outside of the country's official ports of entry. His proclamation moved to put into effect a joint rule issued a few days prior by the Justice Department and the Department of Homeland Security, which would bar those who enter the country illegally from being able to claim asylum, according to CNN.

Currently, any immigrant is able to claim asylum in the United States regardless of how they entered the country thanks to the Immigration and Nationality Act of 1965 (INA). But Trump administration officials have argued that the nation's asylum system is "overwhelmed" by "meritless" claims for asylum. "Our asylum system is overwhelmed with too many meritless asylum claims from aliens who place a tremendous burden on our resources," acting Attorney General Matthew Whitaker and Homeland Security Secretary Kirstjen Nielsen said in a joint statement issued alongside the rule in early November, according to The Hill.

But a lower court judge from the U.S. District Court for the Northern District of California ultimately ruled against Trump's ban after it was challenged by the American Civil Liberties Union (ACLU) last month. According to The Hill, Judge Jon Tigar issued a temporary restraining order against the asylum ban, effectively barring the Trump administration from enforcing it.

While the Trump administration's asylum ban has faced opposition at home, it could also face challenges from the international community. According to The San Francisco Chronicle, lawyers for the United Nation's High Commissioner for Refugees have argued that the ban violates an international treaty barring signed nations from "penalizing refugees for unlawful entry, expelling them, or returning them to territory where their lives or freedom would be threatened" in papers recently filed with the lower court.

With Friday's ruling, Tigar's temporary injunction will remain in effect until Dec. 19, at which time the lower court is scheduled to hold a second hearing on the ban, CNN has reported.