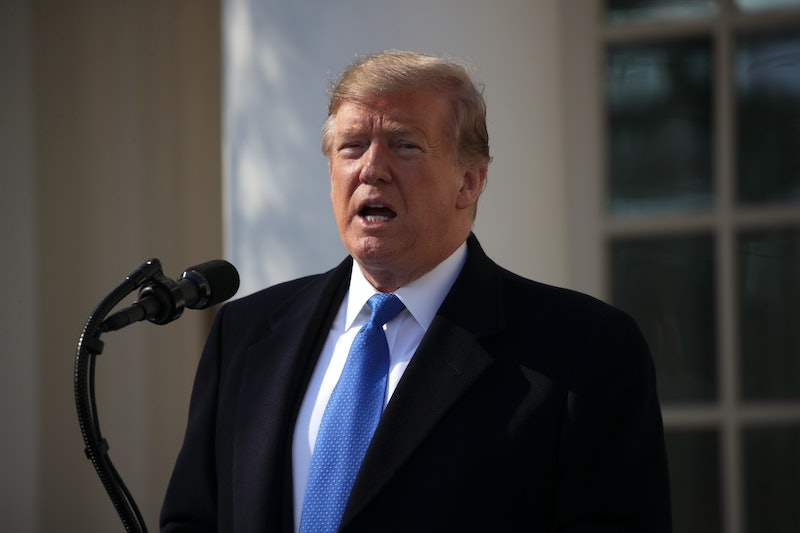 In a decision bound to raise tensions over the next few months, the Supreme Court decided to take up Trump's census citizenship question on Friday. The court will hear arguments in April and decide by the end of June whether the government can ask about citizenship in the 2020 Census, The Washington Post reported.

Adding a question about citizenship to the census has been a topic that Trump administration officials first floated early on in his presidency. Though the Census Bureau recommended against doing so, in March, Commerce Secretary Wilbur Ross approved plans for the census to ask, "Is this person a citizen of the United States?" California Attorney General Xavier Becerra sued the administration to block this from going into effect, and lawsuits from several other states followed.

The citizenship question is controversial because it could, in several indirect ways, hurt states and localities with large undocumented immigrant populations. The mechanisms behind how this might happen are complex, but they all center on the possibility that some undocumented immigrants, for fear of their own safety, might not fill out census forms with citizenship questions on them.

"The possibility that the Census could give my information to internal security and immigration could come and arrest me for not having documents terrifies me," an undocumented immigrant told a census researcher, as reported in the Gazette.

Although most Americans probably don't give a second thought to the census after the fill it out, the decennial population survey in fact plays a huge, underrated role in American life. The government uses census data to arrive at "official' population estimates of states, localities and the country as a whole — and those population estimates affect everything from the electoral college to local infrastructure projects.

Many suspect that a citizenship question on the census will dissuade some number of undocumented immigrants from filling the survey out. If this happens, even in small numbers, it will result in immigrant-heavy regions having a lower "official" population, in the U.S. government's eyes, than the actual number of people who live there.

This wouldn't have any immediate or direct impact, but the long-term implications are huge. For instance, the government uses population data from the census to dole out both Congressional seats and electoral votes to states; the more residents a state has (including both citizens and undocumented immigrants), the more electoral votes and seats in the House of Representatives it is awarded.

In other words, adding a citizenship question to the census could result in immigrant-heavy states losing electoral votes or Congressional seats, thus drastically diminishing the little political power that undocumented immigrants have. And because immigrant-heavy congressional districts are more likely to vote Democratic than Republican, this would almost certainly result in Democrats having fewer seats in the House of Representatives than they do now; McClatchy estimates that Democrats will lose eight seats in Congress if a citizenship question is added.

Additionally, a citizenship question could also result in immigrant-heavy regions receiving less federal money for local infrastructure projects, schools, and other programs, because that money, as well, is tied to census population counts. An internal study by the Census Bureau found that in 2015, over $675 billion in federal funds were distributed based on census data, so an undercount could seriously imperil the ability of immigrant-heavy localities to take advantage of federal programs.

The Supreme Court is set to hear oral arguments on the census case in April. It's unclear when it will rule, but as long as it does so before 2020, its decision will be in effect when the next census is sent out.