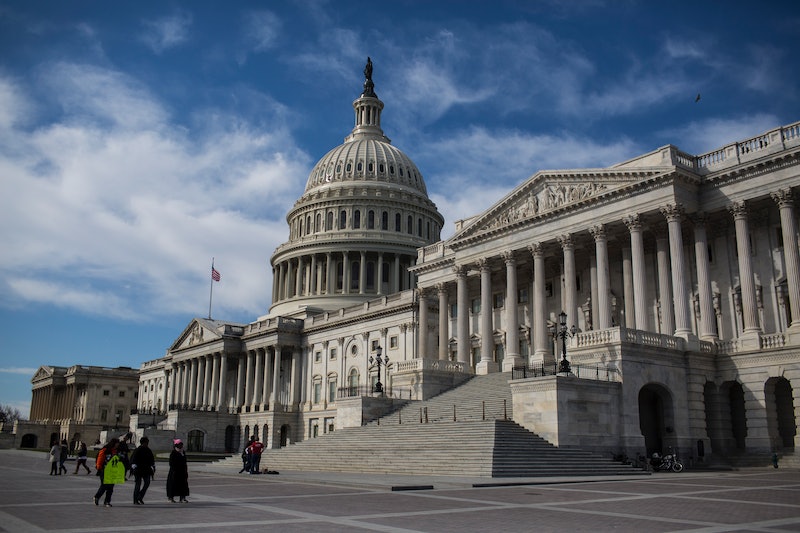 The Trump administration announced Monday that the 2020 census will ask U.S. residents whether or not they're American citizens. This would be the first time in almost 70 years that a citizenship question is included on a census survey, and attorneys general in 12 states have said that they'll be suing the Trump administration over it. If you've seen headlines about this, it's natural to wonder: Will the citizenship question affect me?

In the long run, it depends largely on where you live. A citizenship question could result in parts of the country with high immigrant populations receiving fewer federal resources, and having fewer representatives in Congress, for at least a decade and possibly more.

Of course, adding a citizenship to the census question would require U.S. residents to spend an extra half-second checking an additional box on the census form this year. Obviously, that's not the main concern. The real impact of a citizenship question — the potential consequences that have opponents of the idea so worried — would be much more indirect, and wouldn't take effect until after the 2020 census itself is administered.

At the heart of the issue is the possibility that many undocumented immigrants simply won't fill out a census form with a citizenship question, fearful that doing so might lead to their deportation. Although federal law explicitly prohibits the Census Bureau's data from being shared with other government agencies, immigrants who've witnessed the nature of deportations under President Trump may not take much comfort in this.

"The possibility that the Census could give my information to internal security and immigration could come and arrest me for not having documents terrifies me," one undocumented immigrant told a census researcher in 2017.

Whether such fears are well-founded is up for debate; it depends, frankly, on how much you trust the Trump administration to obey federal law. Furthermore, it's worth noting that this is speculative: It's entirely possible that some undocumented immigrants won't be dissuaded from completing a census survey with a citizenship question.

However, if they are — and they very well could be —, the effects could be profound. For one, census data is used to determine how many seats in Congress each state gets: The more residents a state has — and this includes undocumented immigrants — the more representatives that state gets in the House of Representatives. But if large numbers of undocumented residents in a state refuse to fill out a form, that would result in a drastic undercount of that state's population, which in turn would result in the state having disproportionately fewer seats in Congress. This would drastically reduce what little political power that undocumented immigrants currently have.

Because congressional districts with large immigrant populations generally vote for Democrats, a citizenship question would likely result in Democrats losing seats in Congress (around eight seats, according to McClatchy). It should also be mentioned that Congressional seats are how a state's electoral vote count is determined, so a citizenship would also likely give Democrats fewer safe electoral votes in the 2024 presidential election and beyond. This is probably one reason why the attorneys general suing Trump all come from blue states.

Congressional apportionment isn't the only thing census data is used for, however. It's also used as the basis for doling out federal resources for things like infrastructure projects, science grants, public works programs, school funding and a range of other government services. In 2015, over $675 billion in federal funds were distributed using census data as a benchmark, an internal study by the Census Bureau found. If the citizenship question results in an undercount of certain states' populations, those states could stand to lose federal funds for a whole range of projects.

Predicting the precise long-term effects of a citizenship question is impossible; it will depend entirely on who's in Congress after the 2020 midterms and how undocumented immigrants respond to the new survey. But it's likely that anybody who lives in an area with a large immigrant population stands to lose quite a bit of political power if a citizenship question is added to the census.