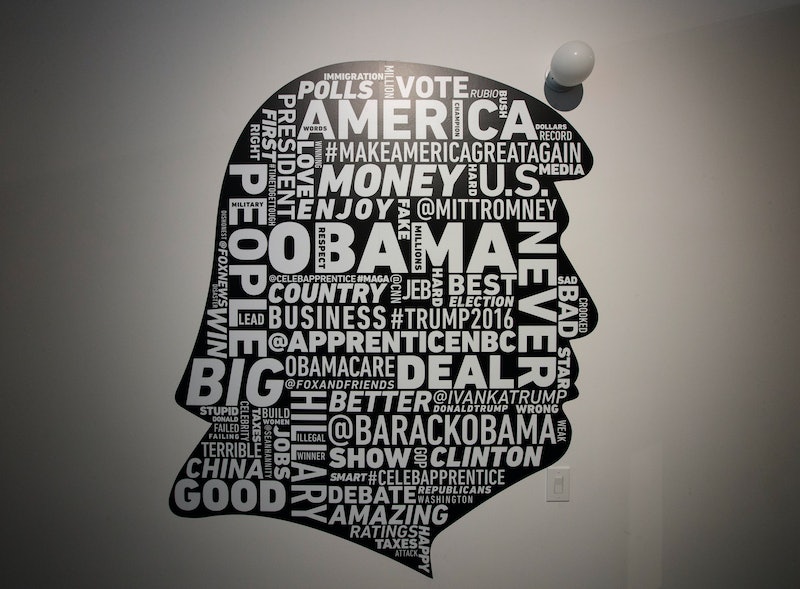 Before he was elected president, Donald Trump once claimed that his controversial presence on Twitter allowed him to subvert the media and deliver his message straight to the people. But have Trump's tweets lost their effectiveness? A new analysis of the president's social media presence shows the interaction rate on Trump's tweets has declined steadily over time, according to Axios.

In a sign that Trump's best-loved tool for communication may be weakening, data obtained by Axios from CrowdTangle showed the president's interaction rate has dropped from 0.55 percent to 0.16 percent since his election in November 2016. According to CrowdTangle, a Twitter user's interaction rate is calculated by dividing their number of retweets and likes per tweet by their number of followers. It serves as a means of measuring the user's impact.

Part of the issue may be that while the number of interactions Trump sees per tweet have recently increased, his followers have climbed at a much higher percentage. The president also appears to be tweeting more, with Axios reporting that he'd published 157 tweets in the first six months after his election in November 2016. By comparison, Trump has posted 284 tweets in the last six months, the outlet reported. This is significant as it could mean engagement and interactions are now being spread out over the added tweets.

Another reason for Trump's declining interaction rate may be the fact that his tweets aren't as novel as they once were, making news outlets less inclined to cover them and casual news readers less likely to see them. In fact, data suggests Trump tends to repeatedly tweet about the same few things, emphasizing the same point, claim, or argument again and again.

For example, according to Axios, Trump has tweeted "No Collusion" 54 times since April 1 alone. In that same time frame, he's tweeted "No Obstruction" 30 times and "Witch Hunt" and "Hoax" 20 and 19 times, respectively. According to the Hill, May is currently expected to be Trump's lowest month for Twitter interaction rates in nearly 2 and a half years.

This isn't the first time a news outlet has suggested that Trump's Twitter skills have taken a dive. In January, Politico argued Trump Twitter feed had stopped being that of a "communications savant who took over the 2016 campaign 140 characters at a time" and instead become that of "a kid trying to talk his way out of detention." The news outlet claimed the unpredictable tweets seen not only during the election but in the early days of his presidency had since morphed into rambling, long-winded 280-character attacks.

Interaction rates aside, Trump's tweets aren't always harmless ramblings. In January 2018, for example, White House aides told Josh Dawsey of The Washington Post that a tweet Trump posted in which he appeared to rescind support for a key government surveillance program caused serious issues for the White House. Damaging tweets aside, aides told Dawsey they usually viewed the president's activity on Twitter as a "nuisance" and "uncontrollable sideshow."

Axios' recent analysis of Trump's tweets, however, make one wonder if people just aren't buying tickets to that sideshow anymore.