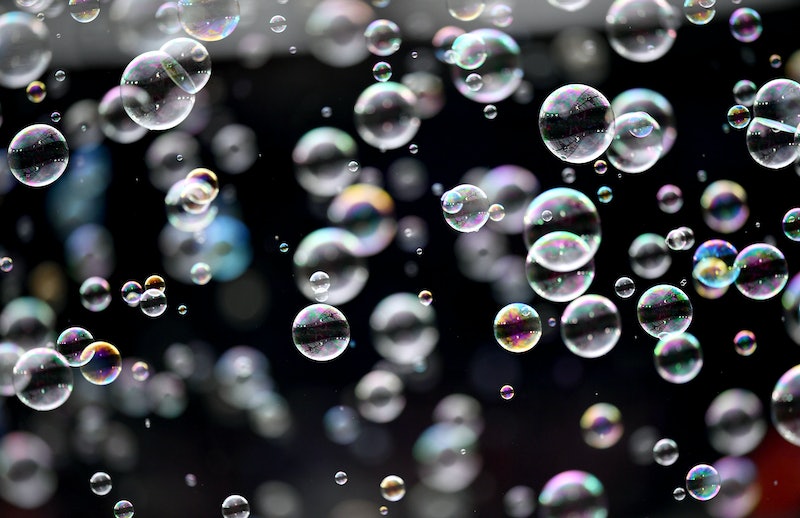 When you see a picture of a honeycomb, are you so freaked out that you immediately turn away? If so, you may deal with trypophobia, or the fear of holes. The phobia has only been recognized recently — it was first studied by academics only five years ago — and still hasn't been officially named as a phobia by the American Psychiatric Association. But trypophobia is surprisingly common, even if it isn't as established as other phobias. One study says up to 16 percent of people deal with trypophobia, which translates to roughly 40 million American adults. Thanks to new research from Emory University in Atlanta, Georgia, though, scientists now have a better idea of what causes trypophobia.

Researchers asked 85 college students to look at 60 pictures: 20 pictures with clusters of holes like sea sponges and lotus plants, 20 pictures of snakes and spiders and 20 pictures of neutral things like butterflies. They measured each participant's pupil size as they viewed the image — according to the study, even people who don't have trypophobia can still feel uncomfortable after looking at pictures of holes. Our pupils get bigger when we're afraid, but the response from participants' eyes to trypophobia-related images was more consistent with disgust than fear.

Basically, trypophobia sufferers are mostly grossed out by what they're seeing. That doesn't make the condition less legitimate, but it does change our understanding of the fear. I first discovered trypophobia when my husband told me he was freaked out by a picture he'd seen in his Twitter feed. I didn't understand — it was a picture of a plant, after all — but his visceral reaction left me convinced that trypophobia was legit. Based on what researchers found, the response that people with trypophobia have to clusters of holes is significantly different from the way someone with a snake phobia may respond to pictures of snakes. Fascinatingly, we may have evolution to blame for trypophobia, according to the researchers.

"The current findings are consistent with evolutionary perspectives that hold that fear has roots in danger avoidance and predator–prey interactions. Disgust, however, may instead allow for the avoidance of sources of disease such as rotten food or the visibly sick," the study says. "It has been suggested that a trypophobic reaction may be an extension of an intrinsic disgust for decomposing items, sores and scars, which would aid in the avoidance of contaminated stimuli specifically and disease more generally."

The team at Emory says that more research needs to be done, especially because this study had a low number of self-identifying trypophobes. But this study found that trypophobia doesn't trigger the "fight or flight" response we usually think of when we're talking about phobias, and this opens the door for even more phobias to be explored. Phobias are rarely rational — I've been terrified of live lobsters since I was a little kid — but exploring why we react the way we do could prove helpful when treating a hugely irrational fear.

Thanks to this study, we now know that trypophobia may not be a fear after all. That information doesn't really change anything for people who deal with trypophobia, as the deeply unpleasant feeling that a cluster of holes brings is still there. But it may help medical professionals treat people who deal with debilitating levels of discomfort because they now have a better idea of the root cause. I'm 100 percent here for it — and if they need any participants for a study about being afraid of crustaceans, I volunteer.