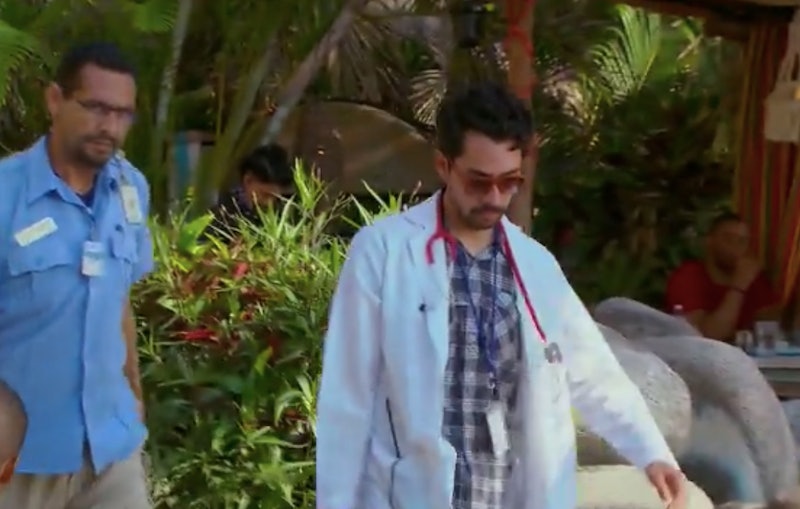 Ever wonder what actually happens if and when Bachelor in Paradise goers are in need of medical assistance? You probably want to believe that the crew has entrusted an experienced medic to take care of any of the cast's emergency needs, but in case you missed it, these tweets about the Bachelor in Paradise doctor will make you second guess that assumption. They might also make you say, "McDreamy, is that you?"

When one of the season's newest faces, Tahzjuan arrived, it quickly became apparent that she wasn't doing well with the Mexico heat. In her first confessional before her arrival footage rolled, she was already asking to borrow producers' fans and chugging neon-colored sports drink while attempting to blow cool air down her chest. Unfortunately, her heat intolerance only escalated as her time went on.

Shortly after her arrival, she went on a date with JPJ, and his spontaneous and objectively bad decision to eat the highly forbidden date food wasn't even the night's worst moment for her. For her, it was the heat. She could barely keep up with the (totally random and strange) conversation, partly because it was so sporadic, but mostly because she was too overheated to focus. "I'm hot," she kept saying as she sweat profusely. She later told JPJ they were going to shower together — the perfect excuse to continue flirting and also stop sweating, temporarily.

But unfortunately, the post-date shower didn't happen (on camera, at least). Instead, she spent most of her remaining time on screen during this week's episode struggling to stay cool. She eventually became a bit delirious. "I don’t even know how to brush my hair anymore," she said. Soon after that, producers approached her and took her to a shaded area.

That's when Dr. Paradise sauntered in wearing a plaid shirt under what could've been a costume doctor's coat, a bright red stethoscope draped around his neck. The look was completed by his perfectly quaffed forehead curl and matching sunglasses. One Twitter user pointed out that he also had a "Dean-style" mustache: 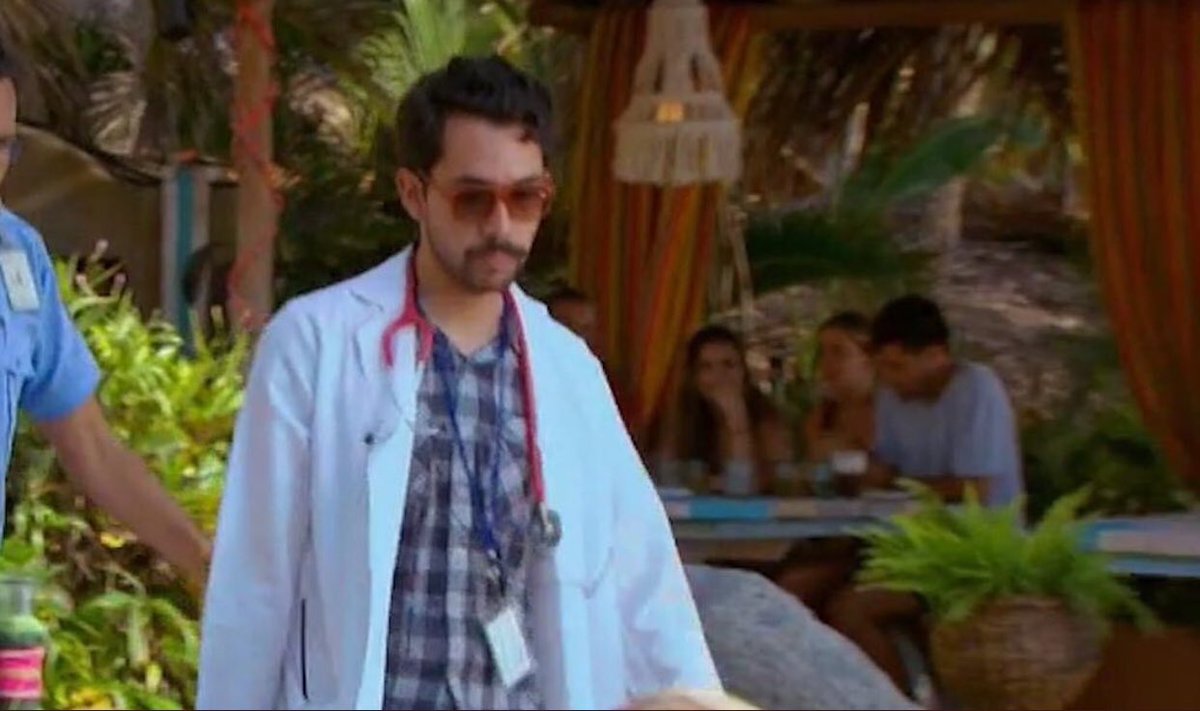 After fans noticed his arrival and began calling out his performative doctor look on Twitter, Paradise cast member Chris Bukowski gave them the inside scoop. "True story: I spent a lot of time with this “doctor” in Mexico," he wrote, referring to his three total seasons on BiP. "He’s 23 and I beat him in a game of FIFA."

If anyone was going to know the details on the BiP medical staff, it would be Chris, considering he suffered a major knee injury after stepping out of the water during Season 2 and spent an entire date in the hospital. But according to him, it sounds like the guy in the plaid shirt is just an on-screen stand-in for the real deal. Sure, it's reality TV, but everyone knows BiP and its sister shows are no strangers to a little embellishment. He may not be a real doctor, but he has a real job to do. But for the rest of the cast members' sake, let's just hope there are no more emergencies in Paradise.