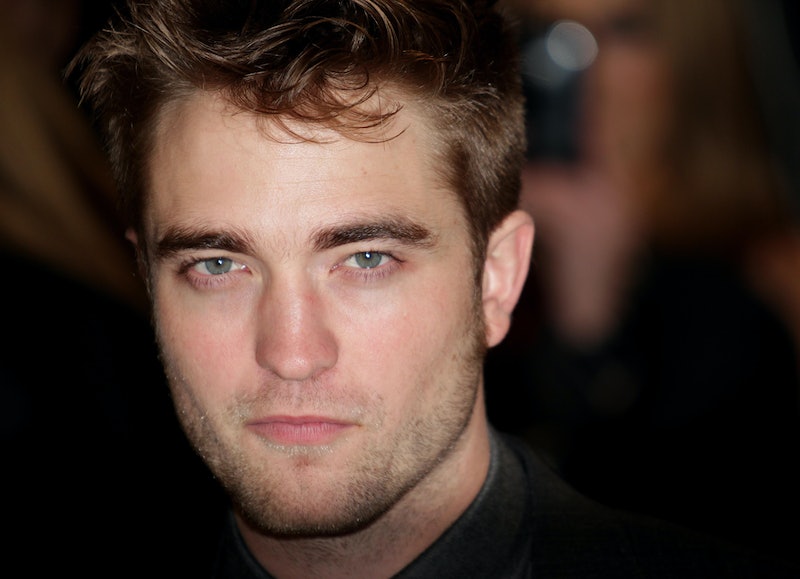 Edward Cullen will finally get to tell his side of the story. On Monday, May 4, author Stephenie Meyer announced her long awaited Twilight companion book Midnight Sun is being released on August 4. The novel, which was originally scheduled to be published in 2008 before a partial manuscript leaked online, is a retelling of Twilight from Edward's point of view.

Meyer described the concept as "an exercise in character development that got wildly out of hand" after she shared a rough draft of the book on her website when the initial release was scrapped over a decade ago. Now, fans will finally be able to own a copy of Midnight Sun.

To a lot of fans, a continuation of the Twilight Saga couldn't come at a better time, but the author knows she's releasing the companion novel at a strange moment. "It feels strange to be making this announcement when the world is suffering through a pandemic, and no one really knows what's next," she said via a press release obtained by Bustle. "I thought seriously about delaying this announcement until things were back to normal; however, that felt wrong, considering how long those who are eager for this book have already waited."

The author went on to say that she hoped Midnight Sun would be a fun distraction for readers from the sometimes bleak realities of living in quarantine. "I hope this book gives my readers a little pleasure to anticipate and, after it arrives, a chance to live in an imaginary world for a while," she said.

Twilight fans seem to wholeheartedly agree with the author. After all, they've been waiting more than a decade for Midnight Sun to officially be released, and they're not being shy about sharing their joy on Twitter. One fan tweeted, "i cannot believe #midnightsun is actually happening, 12 year old me printing out the leaked manuscript is SHOOK." And another added, "TWIHARDS HAVE WAITED 12 YEARS FOR THIS BOOK TO BE RELEASED THIS IS OUR TIME NOW." Another Twilight devotee tweeted what many in the fandom seem to be feeling: "Me walking back into the twilight fandom, knowing full well I'm ready for this to destroy my life again."

At a time when nostalgic books, movies, and TV shows are more comforting than ever before, the Twilight fandom seems poised to reawaken in a major way as they relive Bella Swan and Edward Cullen's love story all over again through the iconic vampire's eyes. But readers should expect Edward's perspective to give the familiar story a darker tint. "There is so much more to his side of the story than there is to Bella's in that first chapter," Meyer shared on her website. "I found myself thinking his words in the middle of the night and jotting down phrases he would use while I was waiting in line at the post office. As soon as I finished my real work, I sat down and let Edward get his say."

Now, 15 years after the release of the first Twilight novel, Edward's story is finally getting told — and it feels safe to say that the Twilight fandom is here for it.

More like this
Netflix Shut Down 'Bridgerton' S3 Rumours About A “Very Dark” Storyline
By Bustle
Anne Hathaway Shared A "Thrilling" 'Princess Diaries 3' Update
By Darshita Goyal
The 'Scream 6' Trailer Shows Off Hayden Panettiere's Return & Ghostface In NYC
By Jack Irvin and Jake Viswanath
'Friends' Star Maggie Wheeler Offers Support To Matthew Perry After Reading His Memoir
By Alyssa Lapid
Get Even More From Bustle — Sign Up For The Newsletter
From hair trends to relationship advice, our daily newsletter has everything you need to sound like a person who’s on TikTok, even if you aren’t.