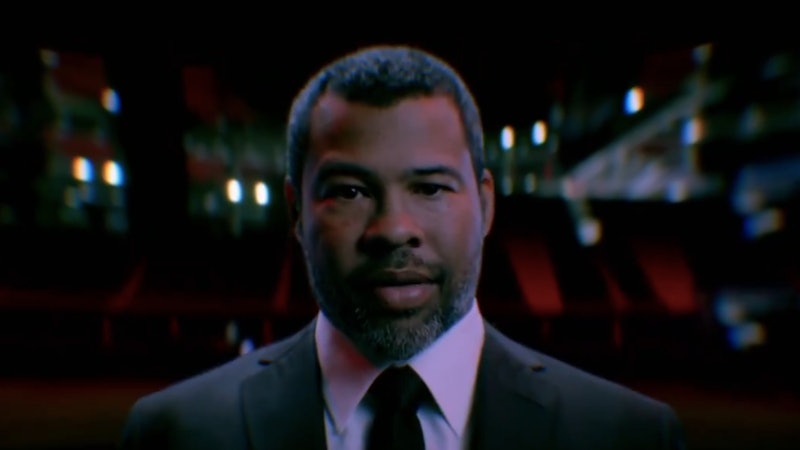 Get ready to enter a new dimension: The Twilight Zone narrator Jordan Peele will write an episode for Season 2 of the CBS All Access anthology series. Peele, who serves as executive producer and narrator, will pen an episode titled “Downtime” set to air on the streaming service sometime later this year. While little is known about the episode at this time, “Downtime” will star Homeland’s Morena Baccarin, Fear the Walking Dead’s Colman Domingo, and Veep’s Tony Hale.

The revival was renewed for Season 2 last April. “Jordan, [executive producer] Simon [Kinberg], the creative team and cast have done a phenomenal job translating the series’ legacy of socially conscious storytelling for modern-day audiences,” Julie McNamara, CBS All Access' executive vice president of original content, said in a statement, per Deadline. “They are master storytellers, and we look forward to bringing fans further into The Twilight Zone with a second season.”

The remake debuted on CBS All Access on April 1. The series won Nanjiani, who starred in Season 1’s “The Comedian,” an Outstanding Guest Actor in a Drama Series nomination at the 2019 Emmys. In an interview with Entertainment Weekly in March 2019, Peele — whose credits include hit horror films Us and Get Out — admitted to his fear of reviving the beloved classic. “I felt like it’s the greatest show of all time,” he said. “We were tentative to step in. There are many ways to fail at this.”

Kinberg, Peele’s collaborator, added of the series, “Our politics are so upside down, and because the divisions are getting wider, it’s time for a show that can be entertaining but also provide moral and social parables.” He continued, “Jordan is someone who is uniquely well-suited to telling stories in the genre space that also explore social and political justice issues.”

The Twilight Zone Season 2 will debut on CBS All Access sometime this year.