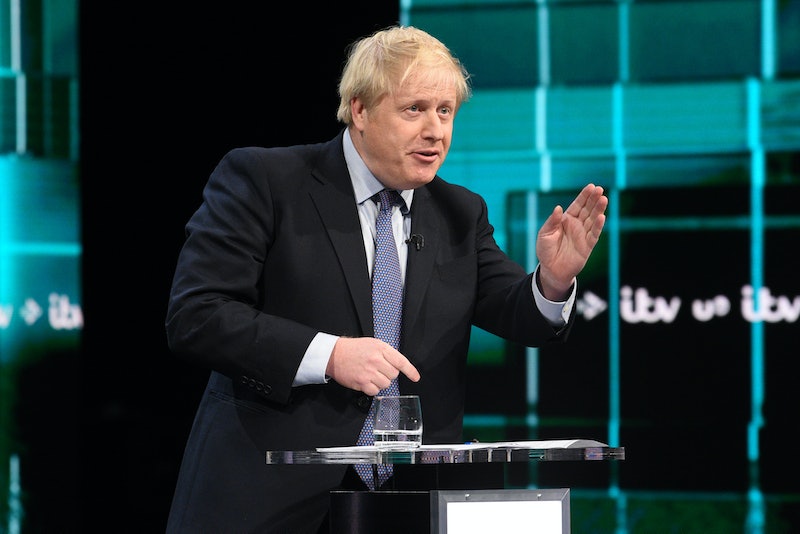 With less than a week to go to register to vote and less than a month until the general election, political parties are pulling out all the stops to secure votes. But some tactics are causing quite the stir, especially on social media. The Conservative party have been criticised for rebranding one of their Twitter accounts as a fact checking service. Tories “factcheckUK” Twitter account was originally the party's press office account, and Twitter users have said changing it was a misleading move.

For the live debate between party leaders Jeremy Corbyn and Boris Johnson, which took place on Tuesday evening (Dec. 19), the Conservatives @CCHQPress account was renamed "factcheckUK." After the debate, the account changed back to its original name "CCHQ Press." During the debate, the account offered critique of Labour leader Jeremy Corbyn. The account with almost 80,000 followers is verified by Twitter, meaning it's an account of public interest with a blue tick to prove its authenticity. In other words, to Twitter users, this means it could read as legitimate account.

Speaking to The Guardian, a Twitter spokesperson said that the Conservatives had misled the public by changing the account, and it would take “decisive corrective action” if anything like that were to occur again. “Twitter is committed to facilitating healthy debate throughout the UK general election,” they said, before continuing:

We have global rules in place that prohibit behaviour that can mislead people, including those with verified accounts. Any further attempts to mislead people by editing verified profile information — in a manner seen during the UK election debate — will result in decisive corrective action.

According to the BBC, Conservative Party Chairman James Cleverly defended the name change, telling BBC Newsnight: "The Twitter handle of the CCHQ press office remained CCHQPress, so it's clear the nature of the site."

Labour MP David Lammy also took to Twitter to call out the Tories for the name change during the debate. He said: “The Conservative Party press office @CCHQPress rebranding themselves as 'FactCheckUK' shows what disdain this party and this government has for the truth. The Electoral Commission must investigate and punish this blatant attempt to deceive the public. #LeadersDebate #ITVDebate.”

Twitter have offered a warning but no further action has been taken out against the Conservatives, The Guardian reports.