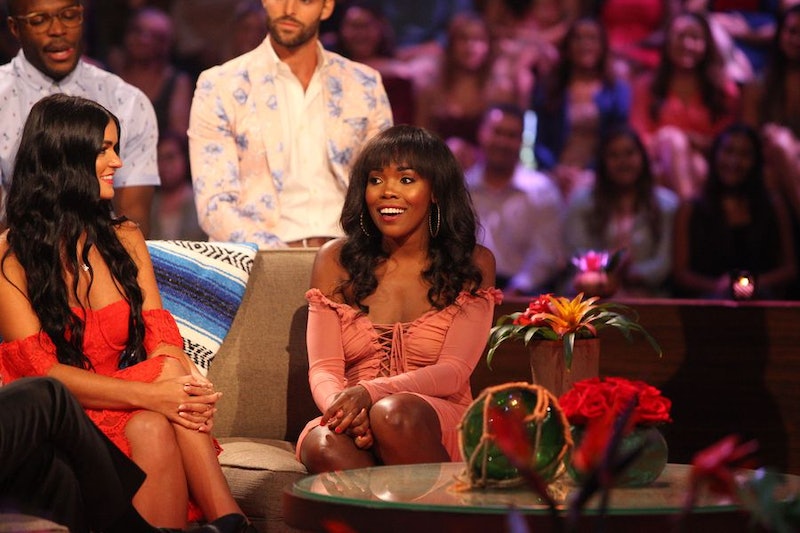 Finally! A little drama is starting on Bachelor In Paradise. A lot has happened with production being suspended and the like, but we’re finally into some good, old-fashioned drama. Stupid Bachelor In Paradise drama, that is. Jasmine and Christen are duking it out over Matt (he was on Rachel’s season, if you don’t remember), and while Jasmine is fighting the wrong person by focusing her fury on Christen instead of Matt, that doesn't make it OK to call her crazy, as lots of people on Twitter are doing.

Jasmine and Matt have been a sort-of item since the beginning of Paradise, but Christen came in and showed an interest in Matt. Jasmine told Christen that she was into Matt, but when Christen asked Matt if he would be willing to go on a date with her, he said yes, and off they went. But instead of getting mad at Matt, who is being a Grade A eff-boy, Jasmine went off on Christen. Christen even cried, even though they sure looked like they were crocodile tears. A lot of people (including Jack Stone, and I wouldn’t take advice from him) tried to talk Jasmine down, but she wasn’t having it.

Jasmine is falling into a common trope, where instead of getting mad at the guy who screwed them over, women get mad at the woman the guy screwed them over in favor of. Girl, you should not be mad at Christen for coming into Paradise and wanting something she sees. You should be mad at Matt for letting her have it.

Twitter has a lot to say about Jasmine's behavior — some of it valid and some of it problematic.

And plenty went right for the "crazy" accusation.

Some pointed out Jasmine was being a bully...

And others were focused on saying "slimy" too much.

Boy, oh, boy is this season of Bachelor In Paradise is getting interesting (finally). But no matter what drama happens, it's not valid to call a woman crazy just because she is experiencing justified emotions and talking out loud about them. Is Jasmine always rational? No. But crazy is a loaded word.