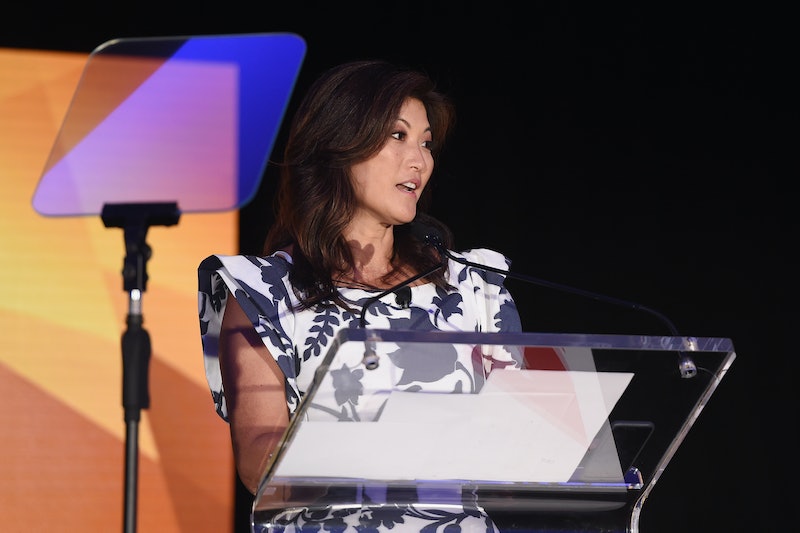 World Press Freedom Day is on Friday, and to mark the occasion, Twitter is launching the #HerStory video series to celebrate the work of women journalists. According to The Hill, the series will include monthly installments that highlight women in journalism. The first video in the series, which launched on Thursday, featured five women from different media organizations.

"Women journalists are essential to the storytelling landscape, and far too often face obstacles while doing their jobs that their male counterparts do not," Twitter News tweeted on Thursday. "#HerStory features women journalists with diverse backgrounds and focus areas. These women will talk about their lives, the stories they cover, how they use Twitter to report the news, and other women journalists who inspire them."

In December, Amnesty International published a study in which it found that women who work in politics and journalism frequently receive "abusive or problematic tweets." This is especially true for women of color, Amnesty International reported, and black women are disproportionately targeted; the study found that black women were 84% more likely than white women to be the subject of such tweets.

Amnesty International concluded that Twitter is "a toxic place for women," and the launch of #HerStory appears to be one of the social network's attempts to generate conversations that are more inclusive and respectful. In launching #HerStory, Twitter is recognizing the influence it has on public discourse, Refinery29 reported, and attempting to remedy existing disparities between women and men in the media and other industries.

"Women journalists are essential to the storytelling landscape, and far too often face obstacles while doing their jobs that their male counterparts do not," Twitter News added. "We need to highlight this gender inequality as often as possible, but especially on #WorldPressFreedomDay, when so many are celebrating journalism and the indispensable work that reporters do for society."

The women featured in #HerStory's first installment report on a range of issues. Callimachi is known for her coverage of Al Qaeda and ISIS at The New York Times, for example, while Obell routinely addresses representation in the entertainment industry at BuzzFeed News. Meanwhile, in her capacity as Rappler CEO, Ressa has worked to highlight the importance of press freedom. On The Takeaway, Vega covers race, inequality, and the media, and over at ABC, Chang has reported on politics, women's health, and international news.

All five of these women have done incredibly important work, as Twitter points out in the #HerStory series, and they all offered relevant insight for World Press Freedom Day.

"Women literally put their lives on the line in the name of truth, and that's precisely why most journalists have become journalists," Chang said in the video. "To speak truth to power and to give voice to the voiceless."

Also in the video, Obell called for more women journalists in leadership, while Callimachi warned that the loss of press freedom can be extremely damaging, arguing that it is "one of our rights."