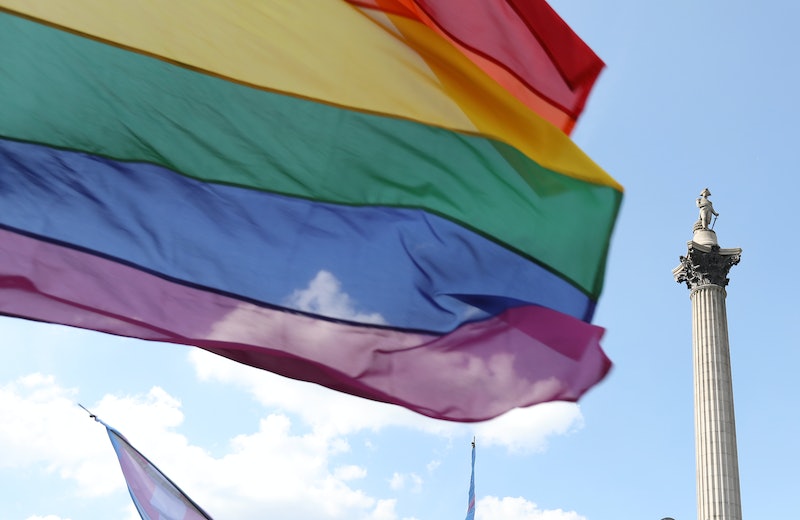 Authorities are investigating an incident in which two women were assaulted and robbed on a London bus in what police are calling a homophobic attack. A gay couple was allegedly beaten after refusing to kiss for a group of men's entertainment, according to the the Metropolitan Police.

Melanie Geymonat said she and her girlfriend, Chris, were attacked in the predawn hours of May 30 while riding the Night Bus to Camden Town. In a Facebook post, Geymonat said she and her girlfriend had been sitting at the front of the bus on its upper level when a group of at least four men began harassing them, making lewd and homophobic comments.

"They started behaving like hooligans, demanding that we kissed so they could enjoy watching, calling us 'lesbians' and describing sexual positions," Geymonat wrote. "In an attempt to calm things down, I started making jokes. I thought this might make them go away." Geymonat said her girlfriend even tried pretending she was sick so the group would leave them alone, but nothing worked.

"They kept on harassing us, throwing us coins and becoming more enthusiastic about it," she wrote on Facebook.

According to a press release from the Metropolitan Police, the two women were "punched several times" by a "group of four males" who'd previously made "lewd and homophobic comments" to them. A phone and bag were stolen during the attack.

London Mayor Sadiq Khan condemned the incident, calling it "a disgusting, misogynistic attack" in a brief statement on Twitter. "Hate crimes against LGBT+ people will not be tolerated in London," he tweeted. "The @metpoliceuk are investigating."

On Facebook, Geymonat said she was "tired of being taken as a sexual object" and frustrated to learn that incidents of harassment and assault against LGBTQ+ people are commonplace. "Violence has become a common thing," she wrote in a post featuring a graphic picture of her and her girlfriend after the attack. "Sometimes it's necessary to see a woman bleeding after having been punched to feel some kind of impact."

According to the BBC, data from the Metropolitan Police has shown that attacks against LGBTQ+ people in London have nearly doubled from 2014, when roughly 1,500 attacks were reported, to 2018, when more than 2,300 incidents were documented. What's more, research conducted as part of the government's LGBT Action Plan found that two-thirds of LGBTQ+ people reported avoiding gestures of physical affection, like holding hands, when in public out of fear it could result in a "negative" reaction from someone.

"We have to endure verbal harassment and chauvinist, misogynistic, and homophobic violence because when you stand up for yourself shit like this happens," Geymonat wrote on Facebook.