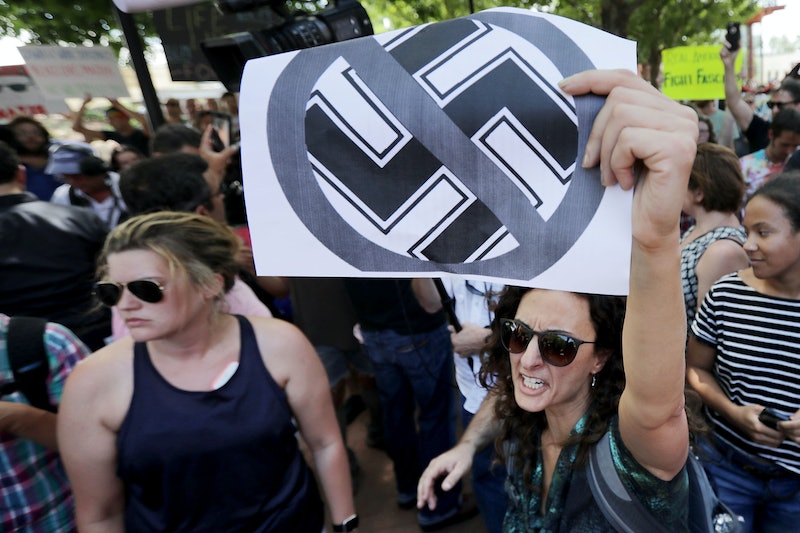 Following the white nationalist protests that turned violent in Charlottesville, Virginia over the weekend, colleges are cancelling white nationalist events over safety concerns. Both Texas A&M and University of Florida announced this week that university events featuring prominent white nationalist speaker Richard Spencer would not be held on their campuses due to concerns over protecting people from violence.

At Texas A&M, a "White Lives Matter" rally was expected to be held on campus on September 11, however, the college announced in a statement on Monday, per The Hill, that they would cancel the event. Per the statement:

After consultation with law enforcement and considerable study, Texas A&M is cancelling the event scheduled by Preston Wiginton at Rudder Plaza on campus on September 11 because of concerns about the safety of its students, faculty, staff, and the public.

The University of Florida on Wednesday denied a request to rent space for an event that would also bring Spencer to speak on its campus, the Washington Post reported.

The University released a statement via Facebook from its president W. Kent Fuchs on Wednesday, outlining why it denied the request. Per the statement:

Amid serious concerns for safety, we have decided to deny the National Policy Institute’s request to rent event space at the University of Florida. This decision was made after assessing potential risks with campus, community, state and federal law enforcement officials following violent clashes in Charlottesville, Va., and continued calls online and in social media for similar violence in Gainesville such as those decreeing: “The Next Battlefield is in Florida."

As issues of allowing or not allowing speakers to visit college campuses is frequently brought up as an issue of freedom of speech, Fuchs also addressed that, regardless of the "repugnant" nature of Spencer's beliefs, the decision was made primarily due to the "likelihood of violence and potential injury."

"I find the racist rhetoric of Richard Spencer and white nationalism repugnant and counter to everything the university and this nation stands for. That said, the University of Florida remains unwaveringly dedicated to free speech and the spirit of public discourse," Fuchs said. "However, the First Amendment does not require a public institution to risk imminent violence to students and others. The likelihood of violence and potential injury – not the words or ideas – has caused us to take this action."

As the rallies at University of Virginia and the violence that followed in Charlottesville left three people dead and dozens injured, the caution from other college campuses before hosting similar events is understandable.