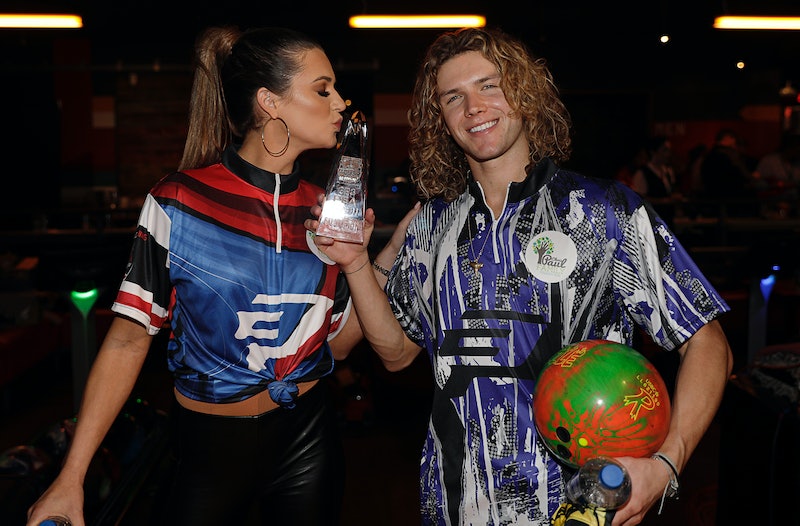 Big Brother is not a dating show, but a surprising number of couples have sprung out of the series over the years. Season 20 has multiple Big Brother couples still together, including Tyler and Angela. The two houseguests initially bonded over both being from Hilton Head, South Carolina and being in the same alliance. Soon, those feelings of friendship turned to romance. Tyler and Angela even said, "I love you" in the house. A year later, and they're still going strong with the potential for marriage on the horizon.

Shortly after Big Brother ended, Tyler and Angela took a big next step in their relationship. Us Weekly reported in early October 2018 that they moved in together in Los Angeles. "We can’t imagine ourselves being apart and so it was a natural step for us to make things official in the real world and move in together," the couple said in a statement to the outlet.

The pair later joked to People magazine that after spending so much time together all day on the show, they didn't know how to function without one another. "We're like attached at the hip at all times," Tyler said. "We do every single thing together all the time, and it's weird when we’re apart. Honestly, that’s how it feels." Angela concurred, saying, "It's strange being apart now. Spending a couple of hours apart, I feel like there’s something missing. I feel like, ugh, I feel like a lost puppy."

The two even went into business together. In mid-June, they launched Naut and Chain, a jewelry company specializing in nautical-themed pieces. There are wave rings, shark tooth necklaces, anchor earrings and more for sale on their new website. Angela took to Instagram to mark the brand's launch, excitedly telling followers that she and Tyler (or Tangela, as their couple name goes) were the owners and operators of the business. She wrote:

"Today's the day! We have officially launched our jewelry company @nautandchain, exclusively owned and operated by us, Tangela! The past 6 months @tylercrispen2 and I have been working on creating this jewelry line inspired by one of the many things that brought us together; the ocean! We are beyond excited to share with you, our 'baby.'"

Could a human baby be on the way for the reality stars? Perhaps — but, for now, Tyler said that marriage, at least, is certainly in the cards. He told Entertainment Tonight that they're thinking about getting engaged, but they're not in a hurry. "These things happen naturally," Tyler said in December 2018. But, no matter when an engagement actually happens, he already knows Angela is the one he wants to be with. "This is the one, I already know that," he told ET.

If Tyler and Angela do get married, they'll join a large rank of other BB couples who have said, "I do" after the show. Big Brother may first and foremost be a competition show, but many people have found love along the way as a kind of bonus prize. Tangela is just one couple of many who didn't win the whole thing, but won something else instead — each other.

More like this
Mack & Domynique Reportedly Had An "Epic" Breakup On 'Married At First Sight'
By Brad Witter
All The Clues Clint & Gina Aren’t Still Together After 'MAFS' Season 16
By Brad Witter
Andy Cohen Apologized To Larsa Pippen After A 'RHOM' Season 5 Reunion Dust-Up
By Brad Witter
This 'Bachelor' Contestant Got Back With Her Bachelor Nation Boyfriend After Going Home
By Grace Wehniainen
Get Even More From Bustle — Sign Up For The Newsletter
From hair trends to relationship advice, our daily newsletter has everything you need to sound like a person who’s on TikTok, even if you aren’t.