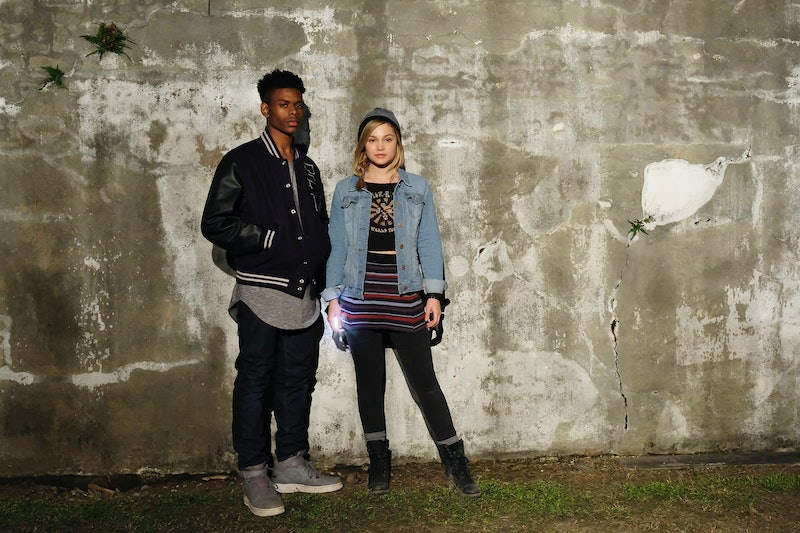 A new addition to the Marvel TV stable, Cloak & Dagger premieres on June 7 on Freeform and features a unique duo with otherworldly powers. Tyrone Johnson (Cloak) and Tandy Bowen (Dagger) are two outcast teens who gain superpowers that are closely intertwined with each other's. In the comics, Dagger’s powers include her ability to throw daggers of light at her foes and drain others of energy while Cloak uses his cape to envelop enemies and transport them to a dark realm. Cloak’s powers seem to have more of a villainous vibe, but are Tyrone’s powers on Cloak & Dagger different than they are in the comics?

In the TV series, Tyrone is a black teenager from a financially stable family. He attends a private school and has two hardworking parents who wanted to keep their son away from the unsafe streets where his brother was killed by a police officer. Tyrone is dealing with the pressure to maintain a perfect image and the emotional ramifications of losing his brother, especially his fears and angst as a black man in New Orleans.

He has to juggle the issues in his own life alongside the inevitable challenges he will face with Dagger as a young hero. Tyrone eventually discovers he has powers that connect him to Tandy. In a trailer for the series, Tyrone teleports into a puff of black smoke. He’s new to this superhero gig, so he hasn’t acquired his infamous cape yet. The ability to pull a disappearing act seems to be his greatest defense at this time.

Speaking over the phone, Aubrey Joseph, who plays Tyrone, hints that future powers will be revealed later. "I'll just say that he can teleport and I think that's all I'm allowed to say right now," he teases. "That's all I'm gonna say," he said. Joseph also says that Tyrone sees his powers as a "calling from God" that could be used to avenge his brother's death, which could lead to some morally ambiguous choices.

But, there is a telepathic side to Cloak, which gives him the ability to touch others and see their fears. This was revealed in Joseph and Olivia Holt's (Tandy) interview with Fanversation. The interview features a preview clip of Tyrone touching his mother and seeing her worst fear — burying another son.

Joseph admitted that it was hard to decompress after he spent 10-12 hours a day portraying Tyrone. Playing a character with dark powers was exhausting, but Joseph hopes the show resonates with viewers and says it is a reflection of the fears many kids face right now with racism and police brutality. “So many kids are forced to mature so quickly,” he said. “It’s real. It is literally a reality of our society and the world right now. So, I’m glad we got to show some realness and something with a little grit.”

Tyrone's ability to see another person’s worst fears is an important aspect of his character that he could use to his advantage if he can get close enough to an enemy. It’s a way to tap into their weakness and gain the upper hand. Tyrone could also use this to motivate others toward their own hero’s journey by forcing them to face what frightens them the most. Using the power of darkness to overcome fear and step toward bravery is an interesting heroic twist.

And that would be a great departure from the original comics version of Cloak, a phantom being whose powers made him want to consume others. Dagger’s light could stave off his hunger for a while, but the vampire-like effects of his powers caused him to struggle more than Dagger to maintain his moral compass. Cloak & Dagger’s version of Tyrone has retained much more of his humanity (for now) but he does struggle with understanding his powers.

As Cloak and Dagger learn how to wield their abilities with more precision, Tyrone’s powers could become increasingly scarier as he gets stronger. A handsome young guy with an unnatural thirst isn’t uncommon in young adult series (hello, Twilight) but how will it affect him and his relationship with Dagger? Hopefully, Cloak & Dagger will dive deep into Tyrone’s powers and show how he can use darkness to protect the streets of New Orleans.