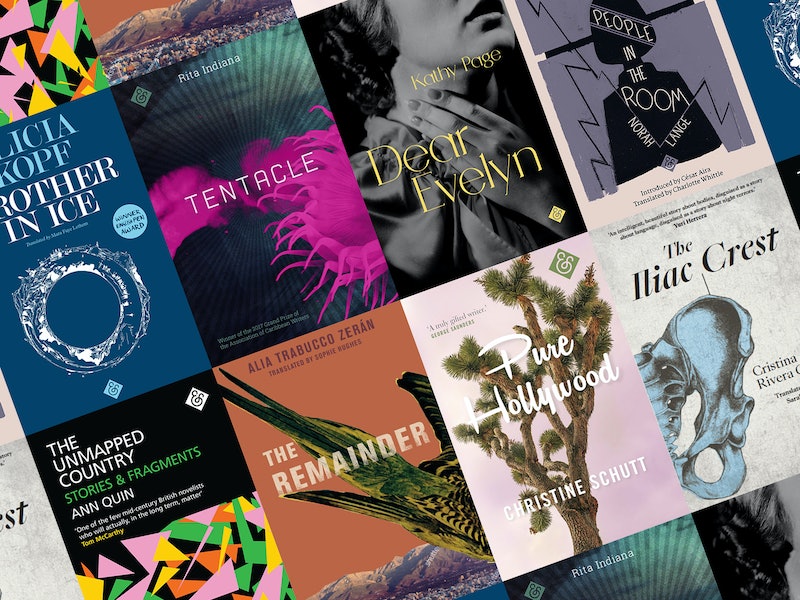 Stefan Tobler founded UK-based publisher And Other Stories in 2010 to push readers’ limits and to take them off the path of predictability and into the labyrinthine intrigues of the unexpected. In 2018, he took this a step further: He decided And Other Stories would only release books by women. The Year of Publishing Women was a bold step, and a direct response to Home Fire author Kamila Shamsie's 2015 challenge to publishers to invest in and promote more women writers by publishing no new books by men.

Eschewing media buzz, the independent imprint champions writers at all points in their career — so long as the editors believe them to be exceptional. Rather than letting the print schedule be dictated by arbitrary trends, the publisher gives the power to the people by running reading groups and a subscription service.

In 2018, he took this a step further: He decided And Other Stories would only release books by women.

Throughout 2018, And Other Stories delivered on these fundamental values whilst truly tackling issues of female under-representation in publishing. Like any other year, the company released 12 new books, but this time, they were entirely written by women. The diverse crop included treasures like Ann Quin’s gender fluid stories and fragments The Unmapped Country, Rita Indiana’s electrifying novel Tentacle, and Alia Trabucco Zerán’s The Remainder, a remarkable debut about the rule of Chilean dictator Augusto Pinochet.

"Many publishers claimed it simply wasn't possible to close their lists to male writers and renege on existing contracts," says Catherine Taylor, who oversees And Other Stories’ marketing and publicity. "We were able to make the choice to go ahead and was in fact the only publisher which rose to the challenge for 2018. As a result we've seen some brilliant unsung writers like Ann Quin, Fleur Jaeggy and Norah Lange brought back into publication and some thrilling new voices, too.”

And Other Stories' Year of Publishing Women has, overall, been a success but there are some people who might still baulk at its premise. Taylor’s response to these hypothetical nay-sayers resounds loud and clear. “Are [they] saying that only one specific group should dominate politics, society, and in this case, the arts? Extraordinary to think what would be missed out on," she says. "How many more straight white male authors do we actually need to read?”

But And Other Stories doesn't only want to champion women authors; it wants to make publishing more inclusive and create stories that resonate with all different kinds of readers. “Diversity is multi-stranded," Taylor says. "Rita Indiana's Tentacle, for example, is proving very popular with readers who identify as gender queer or are interested in gender queer writing, also readers of really good speculative fiction, and Ann Quin's The Unmapped Country is finding a new generation of non-binary readers, too. As an international publisher we publish great writers from all over the world, and at every stage in their career. We don't limit ourselves, or our authors.”

"How many more straight white male authors do we actually need to read?"

This more considered approach to diversity has been fortified throughout the Year of Publishing Women, and the publisher will move forward with the spirit of the initiative, even now that it has come to a close. Taylor doesn't provide specific details on the gender breakdown of their list in the years ahead, but she assures me that the publisher will continue to make it a diversity to publish fewer white men. “I think the year has definitely made And Other Stories think more about what and who it is publishing," she says. "For example, following on from the success of Ann Quin's The Unmapped Country, we'll be republishing all of Quin's novels from now until 2022, starting with a new edition of what many see as her masterpiece, Berg, in March next year. 2019 kicks off with Angela Readman's delicious first novel, Something Like Breathing. So you can expect a lot of gender parity over the next few years!”