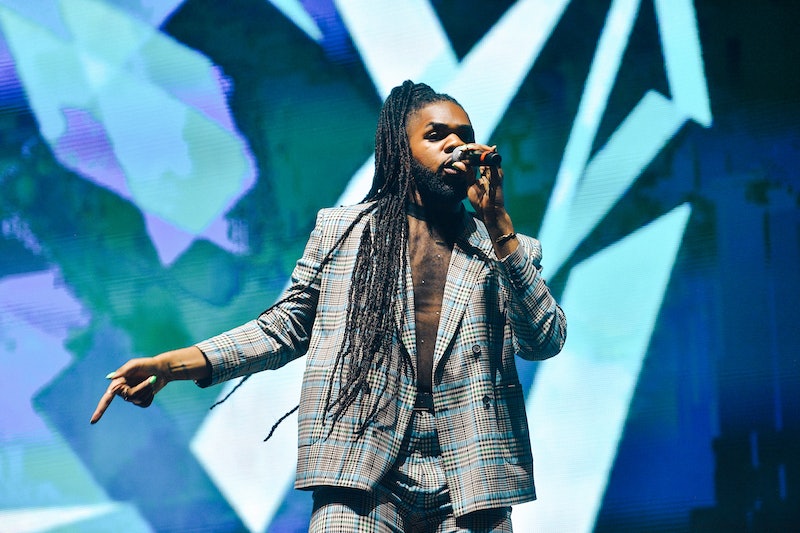 It's July, which means Pride Season. In 2019, Pride continues to be a big celebration of the LGBTQIA+ community with loads of events, parties, and marches held to amplify the voices of a marginalised group. And while it may feel like it's all about rainbow flags, colourful floats, and a good old fashioned party, we shouldn't forget that Pride was born out of a protest by black trans women. This is why events like UK Black Pride 2019 are so important to black LGBTQIA+ people. But what is UK black pride? Why did it begin, and what you can expect from it in 2019?

While London Pride is one of the biggest Pride events in the world, with a more than one million people attending last year, for black people in the UK, having a safe space that specifically caters to them is vital. And that's why Phyll Opoku-Gyimah (also known as Lady Phyll) co-founded the event in 2005, as Vice reports. Back then, it was just a small trip to Southend-on-Sea.

Now UK Black Pride is "Europe’s largest celebration for LGBTQ people of African, Asian, Caribbean, Middle Eastern, and Latin American descent," as its website states. It's also open to friends and loved ones. Almost 7,000 people attended last year in Vauxhall Pleasure Gardens and a further 17,000 people tuned in to the the live feed on Facebook.

And this year is set to be bigger and better than ever. UK Black Pride will be held on Sunday July 7 in Haggerston Park in East London between 12 p.m. and 9 p.m. As Lady Phyll states on the UK Blakc Pride website:

"We are so energised by Hackney’s diversity, historical significance as a welcoming place for people from such a broad range of diasporas and the wonderfully enthusiastic response from local government."

Headlining the event this year is Grammy award-winning singer and producer MNEK. On top of that, Aaron Carty’s Beyoncé Experience, Toya Delazey, and Nate Ethan will be performing. And you can expect DJ sets from BB, GiGi Connect, and Francis Smitty, among many others.

For some, Pride has unfortunately been whitewashed. Last year, Stonewall announced they would not be taking part in London Pride, and would specifically be supporting UK Black Pride. In a statement a spokesperson said: "We know that racism is a real issue across LGBT communities and Stonewall has committed to a major programme of work on black, Asian and minority ethnic (BAME) inclusion. The board has therefore decided to significantly extend our support and participation in UK Black Pride this year."

For some black people in the LGBTQIA+ community, it can be hard to be one of the only black faces in a crowd, and they find solace in knowing that UK Black Pride loudly celebrates "Black LGBTQ and QTIPOC culture through education, the arts, cultural events and advocacy." It's about about fostering a place that particularly empowers a demographic who sit at the intersection of being an ethnic minority and a part of the LGBTQIA+ community.

It's wonderful to know that UK Black Pride is providing a safe space for those who need it most.