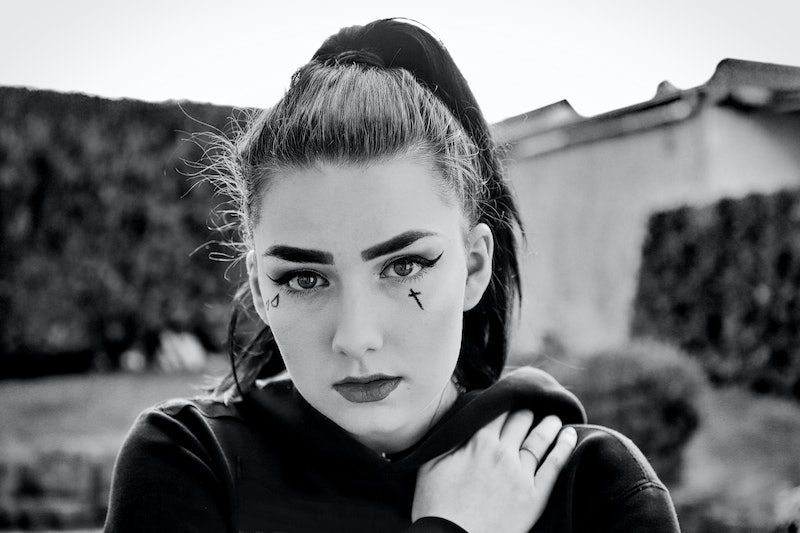 What do Post Malone, Justin Bieber, Kehlani, and Sinead O’Connor all have in common? They are all the proud owners of face tattoos. Yes, they are all famous musicians, and not your everyday people, but there’s no doubt the that face tattoos are becoming more mainstream. Yet some UK tattoo artists want face tattoos to be banned for people under 21. But is it a move that will simply increase tattoo stigma, or are face tattoos really preventing people from progressing in jobs they dream of?

According to the Guardian, a 2015 survey estimated that a fifth of all British adults had a tattoo and 30% of 25 to 39 year olds had at least one tattoo. But the British Tattoo Artist Federation (BTAF) have now raised concerns specifically about face tattoos, saying they're known as “job stoppers” in the industry. Speaking to the Telegraph, Lee Clements of the BTAF said there’s been an increase in young people wanting face tattoos.

“I can't go a week without a young person coming into our studio asking for a tattoo on their neck, face, or hands,” Clements told the newspaper. "It could carry weight to higher the age people can get facial tattoos. It is concerning for us as professionals because in the future it is going to affect job prospects."

Unfortunately, face tattoos are still associated with prison and gang culture in the West, and infamous people like cult leader and murderer Charles Manson who tattooed a swastika on his head, sullied the views of face tattoos further. Teardrop tattoos on the face have been long associated with prison tattoos, for either someone who has a long sentence or a person who has committed murder.

But face tattoos are nothing new. Traditional Māori tattooing known as Ta moko are also found on the face, and the application is believed to be sacred and a huge part of their identity. Dazed Beauty reports that “in the Inuit community 4,000 years ago, women bore face tattoos. This symbolised a girl transitioning into a woman.” In the 19th century, a young American woman named Olive Ottoman made headlines for being captured and tattooed by the indigenous Mohave people in America. She soon reached celebrity status.

Nowadays tattoos tend not affect job prospects in the way they used to. In 2018, the Met police relaxed bans on visible tattoos for new recruits. According to the Evening Standard, Met Commissioner Cressida Dick said: “We hope this will show we are a modern service. A huge number of young people carry tattoos and we want to get the best of London in.” And according to an American study in the Emergency Medicine Journal, “Patients don't mind if their emergency care doctors sport tattoos or piercings, or both.” Despite these changes, however, it is undeniable that stigmas still exist, though to what extent is still unknown.