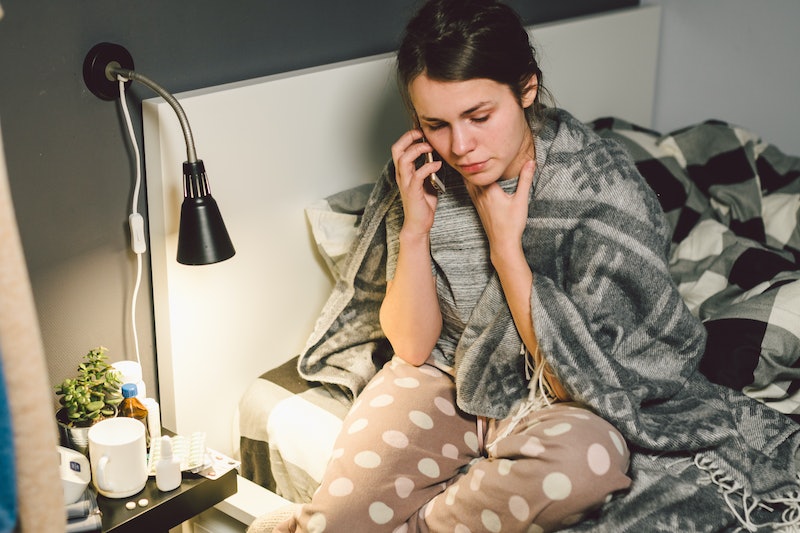 Every year, you'll probably have to take at least one day off work for some type of illness. Whether it's a pesky bug going around or you suffer from chronic migraines, sometimes working 9 to 5 just isn't an option. Although, a recent survey from market research company Com Res found that British workers fake sick days for time off work.

The survey conducted "as part of BBC's Year of Beliefs" suggests that "[t]wo in five adults would fake a sick day if they needed a day off, not because they are genuinely ill." Of course, this isn't exactly a revelation. Anyone whose been employed knows someone whose chanced this or even done it themselves. Whether you're nursing a hangover or need to catch up on some looming deadlines, it seems us Brits are more than happy to fake a sick day to tend to other things.

And it seems that UK employees are more than happy to cover for colleagues who are pulling a sickie, with 66% of respondents agreeing that they "would not tell bosses if they knew their colleagues were absent, but not ill."

However, sometimes the reason pulling a "sickie" can be more serious. As the Independent reports, a 2015 study found that mental health issues such as feeling stressed or depressed seem "to earn far less sympathy, both from workers and from bosses" than a physical illness. This October, recruitment site Milkround (via Stylist) found "that taking a mental health sick day is something that 49% of people still feel they can't do." So those struggling with their mental health may resort to faking an illness to receive a day off.

"There seems to be a clear lack of understanding from some employers in terms of employee well-being," director of healthcare provider Beneden Inji Duducu told Metro in 2015. "There is a strong commercial case for having a healthy and engaged workforce, yet employers are evidently ignoring the impact of an employee's physical and mental well-being on productivity, absenteeism and [length of service]."

As occupational psychologist Hayley Lewis told BBC News, it's often hard for employees to find the confidence to ask their bosses for time off for reasons other than for typical illnesses. "People don't leave an organisation — they leave their boss' goes the saying," she said. "We look to role models. If the boss is dragging themselves in, not taking breaks, eating lunch at their desk, it reinforces the message that it is not okay to take a break."