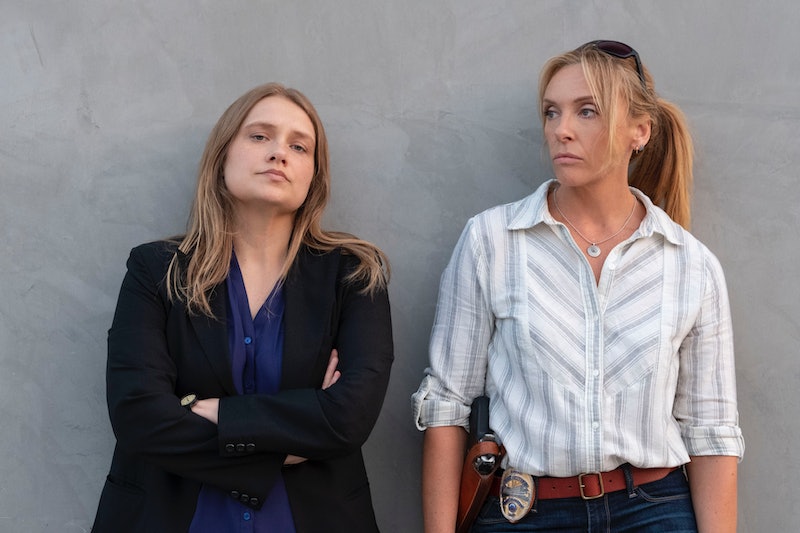 Netflix's Unbelievable is an emotional and mesmerizing eight-episode watch. But those captivated by its gripping, procedural-style investigation — recreated from a devastating true story — or moving performances from stars Kaitlyn Dever, Toni Collette, and Merritt Wever will be disappointed to learn Unbelievable likely won't return for Season 2. There's good reason for that, though.

The show is based on a 2015 article by ProPublica's T. Christian Miller and The Marshall Project's Ken Armstrong, titled "An Unbelievable Story of Rape." The over 12,000 word investigative piece (which was later turned into a book) won a Pulitzer Prize and was widely covered by the news due to the injustice surrounding the case: a Washington woman reported her rape only to be forced into recanting her story, resulting in a charge for false reporting. After two detectives several states over caught her attacker — who turned out to be a serial rapist — years later, sex crimes supervisor Sgt. Gregg Rinta wrote in an outside review of the case that the original investigators' tactics were "coercive, cruel, and unbelievably unprofessional." The man pled guilty to 28 counts of rape and was sentenced to 327 years in prison; photos of Marie were found on his hard drive, proving she'd been telling the truth.

Miller and Armstrong's article retraces this story in great detail, but Unbelievable goes all the way through to the end of the article, meaning there's nothing else to explore in a potential Season 2. There's no record that the two detectives — who were from different districts and only teamed because of the similarities in their cases — ever worked together again, and Unbelievable was always billed as a limited series. So while Detectives Rasmussen and Duvall certainly spark together onscreen, fans will just have to say goodbye to their brief partnership.

Still, there are a number of other shows on Netflix that may satisfy your craving for true crime, criminal mysteries, and/or strong women taking the law into their own hands. It's possible Unbelievable could return for an all new story similar to how Serial covers different cases, but here are some options to keep you busy if it doesn't.

Though a bit out of left field, this limited series is a good option for those who really enjoyed Wever's work as Detective Duvall and would love to see more of her. In Godless, Wever plays a tough, bisexual widow who lives in an isolated mining town of mostly women. When the women hear that a cruel band of outlaws is headed straight for them, they have to figure out how to defend themselves.

Featuring Gillian Anderson as Detective Stella Gibson, The Fall tells the story of a cat-and-mouse game between Gibson and Paul Spector, a serial killer who keeps slipping from her grasp. It's a terrifying, thrilling crime drama that features Jamie Dornan perfecting the affectations of a psychopath who loves to tie up and hurt women, long before his role in Fifty Shades of Grey.

A moody and compelling murder mystery, The Killing follows various investigations by Seattle homicide detectives Sarah Linden (Mireille Enos) and Stephen Holder (Joel Kinnaman), with the first season focusing on the murder of local teenager Rosie Larsen. The mysteries it sets up each season are interesting, though be warned the story quality dips as seasons go on.

This is not so much about a woman detective as it is about a woman who figures out how to evade and confuse law enforcement entirely. Based on a short novel by Margaret Atwood, it tells the story of Grace Marks, who may or may not be guilty of murdering her employers. Like Unbelievable, it's moody and atmospheric, and uses similar time hops between the past and present to weave a tale of mystery that doesn't unravel until the end. Unlike Marie, Grace is very likely guilty, which is why it makes for such an arresting watch.

Of course, if you really want to dive deeper into Marie's story, you could always read Miller and Armstrong's book.